Entering campaign foray for first time after debacle in recently concluded 2014 Lok Sabha Elections, Rahul Gandhi repeatedly made bloopers and with conviction they were. 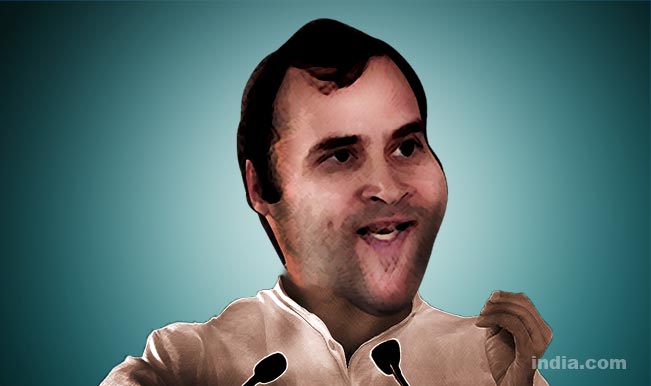 Can anyone imagine an electoral rally without a controversy if it is addressed by Rahul Gandhi? And when the Congress vice-president has a mike to speak his heart out, there is definitly a lot of scope for unintended humour and entertainment for the listeners – be it his detractors or even his supporters. And just in case, his speech lacks bloopers, you can very well term it as bad luck of bad luck or simply the baap of bad luck and call yourself an most unfortunate soul; for you were the unlucky one to have missed the usual dose of laughter. Also Read - The Girl On The Train Remake Teaser Out: Parineeti Chopra Tries To Escape Entangled Murder Mystery

Addressing a rally at Mahad, Raigad in Maharashtra, Rahul Gandhi made some rib tickling remarks that left even the people attending the rally spellbound. Entering the campaign foray for the first time after the debacle in the recently concluded 2014 Lok Sabha Elections, Rahul Gandhi repeatedly made bloopers and with conviction they were. Also Read - Video: No More Infighting, Congress Netas in Bihar Go For Open Fight

In his speech, Rahul Gandhi said, “When the Leader of Opposition says that no work has been done in the last 60 years, he is raising (hands) questions on Babasaheb Ambedkar, Mahatma Gandhi, Sardar Patel.” If one listens closely to his speech, it would be evident that he was about to speak hands but spoke questions; saving himself from another embarrassment.

The statement raised question on multiple issues. Firstly, he referred to Narendra Modi’s jibe and called him ‘Leader of the opposition’. Leader of Opposition? There’s no LoP in the current Parliamentary session yet. The junior Gandhi for sure is yet to realise that the Bharatiya Janata Party thrashed all competeition to emerge victorious in the 2014 Lok Sabha elections and Narendra Modi was elected as the Prime Minister by the Lower House

Continuing with the LoP rant Rahul Gandhi said, If one thought the fun was over there, it was far from over. If one listens closely to his speech, it would be evident that he was about to speak hands but spoke questions; saving himself from another embarrassment.

If that was not enough, he also said that Narendra Modi’s jibe was an accusation on Mahatama Gandhi and Babasaheb Amedkar’s work in the last six decades. The self-proclaimed graduate from Cambridge University has forgotten that while Mahatma Gandhi passed away in 1948, Babasaheb Ambedkar breathed his last in 1956.

There is no surprise here, but sheer amazement as we all know that it is Rahul Gandhi who has entered the poll-battle and such bloopers are expected. Rahul Gandhi has had an amusing past when he made several such comments which were made fun of for a long time. “Gujarat is bigger than United Kingdom,” “Poverty is a state of mind,” “Hindustan ek soch hai. Hindustan ek jagah hai… magar Hindustan ek soch hai,” “Escape velocity” are all examples of Rahul Gandhi’s oratory skills.

With Rahul Gandhi entering the poll fray, perhaps too late, it is emminent that such bloopers are bound to happen. But an even more interesting thing is that how will BJP-star campaginer Narendra Modi esponds to remarks once he takes the mic. The 2014 Assembly Elections have finally gained some steam!