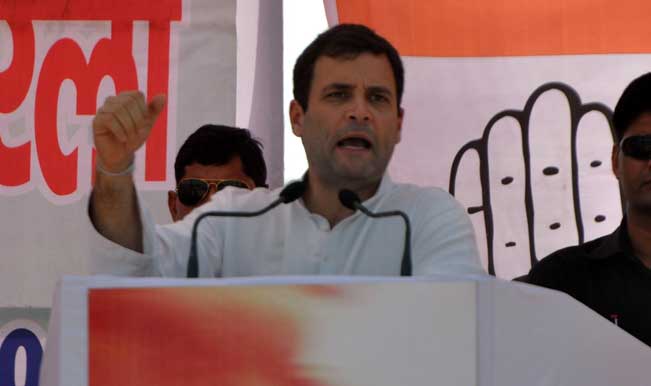 New Delhi, Nov 23: Reacting to Congress vice-president Rahul Gandhi’s allegation of the NDA Government being pro-industrialist, the Bharatiya Janata Party (BJP) on Sunday said that Gandhi does not understand the meaning of investment and industry. “Rahul Gandhi will not understand what investment and industry means, had he understood these then definitely India would not have suffered the kind of setback it did during the rule of Congress in the last 10 years,” BJP spokesperson Sambit Patra told ANI. Also Read - PC Thomas' Kerala Congress to Quit NDA, Likely to Join UDF

Rahul had said, “UPA government worked for the poor, what has the Prime Minister done? Fly in planes with industrialists to Australia and grant them big loans from the State Bank. The water is yours, the land is yours, the jungles are yours but those who benefit from it are industrialists.”