Rahul Gandhi fights for Net Neutrality, asks for a debate in Parliament

The Congress scion demanded a debate about the Net Neutrality issue in Parliament. 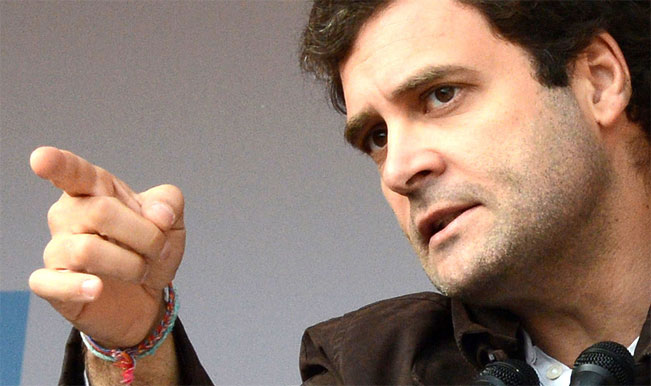 Also Read - Congress Names Charanjit Singh Channi As Next Punjab CM: All You Need To Know About Amarinder Singh’s Successor

Anyone who’s anyone and has spoken about the Net Neutrality issue and the latest to join the chorus is Rahul Gandhi, who talked about it in Parliament. This is Rahul’s second speech in three days, as he moved from farmers to a topic that has been debated online for the last month. Claiming that the government wanted to distribute the internet to big industrialists he said: ‘Over 1 million people are fighting for net neutrality and the government is trying to carve out the net and hand it over to the corporates.’ The 44-year-old Congress scion had earlier put a notice in Parliament asking for a discussion on the topic.  (READ: Rahul Gandhi roars – has he become the leader that the Congress needs?) Also Read - Who Is Sukhjinder Singh Randhawa, Likely To Succeed Amarinder Singh As Next Punjab CM

‘I am going to mention a few words about net neutrality in the Parliament just now, you will hear it,’ Mr Gandhi had earlier told reporters outside Parliament. Replying to him, IT minister Ravi Shankar Prasad said: ‘It is a sensitive issue on which we need to take proper, informed decision. But our government believes in the need for non-discriminatory internet platform.’ No one knows exactly what Rahul did on his 58-day sabbatical other snippets about Vipassana, but whatever it was has proved to be effective because we’ve never seen him this combative. Also Read - 'Congress to Contest UP Assembly Election Solo Under Priyanka Gandhi's Leadership'

What is net neutrality?

Over the last few weeks, the fight for net neutrality has united all Indians with opposable thumbs, irrespective of their political leaning, religious beliefs or sexual orientation. AIB even took a hiatus from their hiatus to make a video on it and even The Times of India (even though they are violating the NN principle by being part of Facebook/Reliance’s Internet.org) actually featured the story on their first page (after all the ads of course).  According to Wikipedia, ‘net neutrality (also network neutrality, Internet neutrality, or net equality) is the principle that Internet service providers and governments should treat all data on the Internet equally, not discriminating or charging differentially by user, content, site, platform, application, type of attached equipment, or mode of communication.’ So basically, the idea is that the internet should remain equal, and we should continue to use it the way we choose if we’re paying the initial fees.

Why is net neutrality important?

The internet is the greatest leveller of them all. So whether it’s a cat meme, the latest sexist joke about Sunny Leone or a long in-depth piece one on how Modi’s scarf is defining India’s foreign policy, all content on the internet is theoretically considered equal. Anyone who’s anyone can start a website or express their view. No other medium allows this freedom. It’s this independence that has allowed people to create businesses like Google, Facebook, Twitter and thousands of other services.

Now imagine a world, where Facebook decided, it wanted to kill any potential start-up which might become the next big social media site. Actually, FB already has with its Internet.org platform, which is brought to us by Reliance and is available in six Indian states (Tamil Nadu, Maharashtra, Andhra Pradesh, Gujarat, Kerala and Telangana) which allow access to three dozen services.

Zuckerberg had claimed that Internet.org didn’t violate Net Neutrality and both can co-exist. He has been claiming that it’s a philanthropic effort, and that some access to the internet is better than others. While at face-value, that argument sounds fine, the question is who decides which services the poor get? The answer is obviously Facebook and in India Reliance, because that’s the only network which provides this service. Then there are hand-picked sites, so you have to use Opera Mini instead of Chrome and Bing instead of Google. Thus the argument that it’s completely philanthropic falls flat! No matter what Mark says, the internet.org is just a clever ruse for big corporate companies creating new business through advertisements! Even, Rahul Gandhi knows that!