New Delhi, February 16: Congress president Rahul Gandhi has set up a new steering committee to replace the Working Committee of the party. The new committee will meet on Saturday at 4 PM. The steer 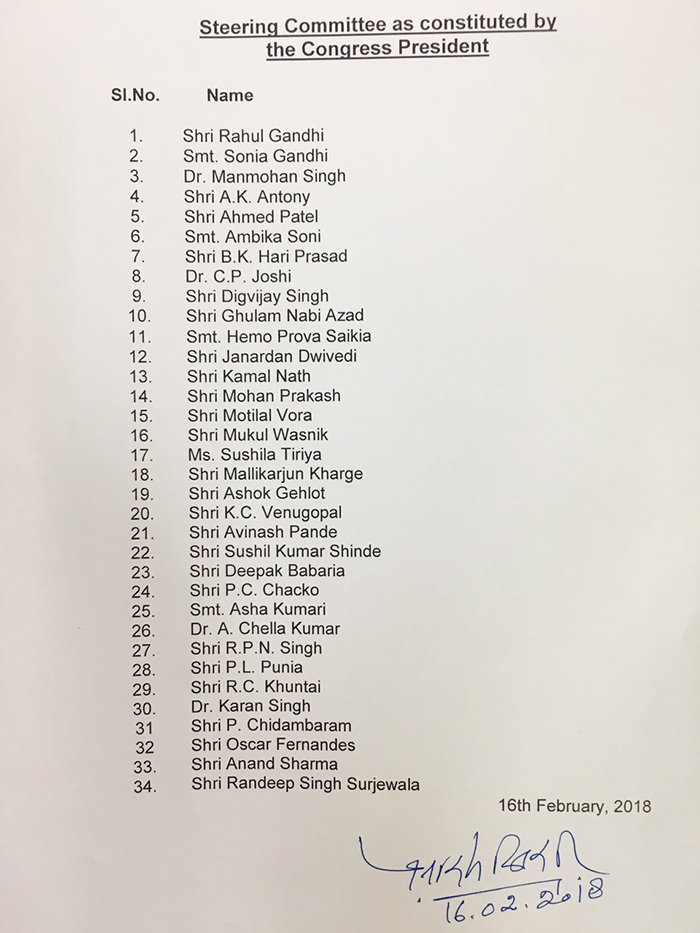