Congress leader Rahul Gandhi on Wednesday took a dip into the sea with fishermen in Kerala’s Kollam just to get a taste of their lives.

New Delhi: Congress leader Rahul Gandhi on Wednesday took a dip into the sea with fishermen in Kerala’s Kollam just to get a taste of their lives. Gandhi jumped into the water when he saw some fishermen jumping into the water after casting their net to catch fish. He spent around 10 minutes swimming before returning to the shore in this southern coastal region, party sources said. Also Read - Two-Week Night Curfew Imposed in Kerala; Tuition Centres To Remain Closed

“After coming to know from their fellow fishermen that their companions were adjusting the net underwater, Gandhi also jumped into the sea,” a congress functionary, who accompanied him, said. Also Read - Cochin University of Science And Technology Postpones All Exams Scheduled to be Held From Tomorrow

“He jumped without informing us…..All of us were stunned but he was very cool.He spent around 10 minutes in the sea water.He is an expert swimmer.” 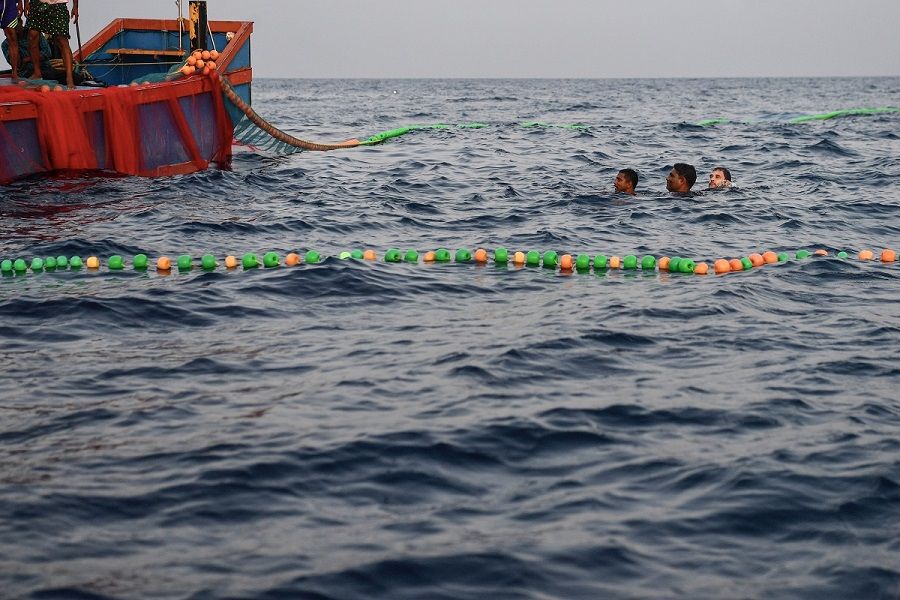 Rahul Gandhi joins fishermen into the sea for their morning catch.

Gandhi, who was wearing a blue T-shirt and khaki trousers, did not remove them before jumping. He later changed his dress after returning to the Thangassery beach. 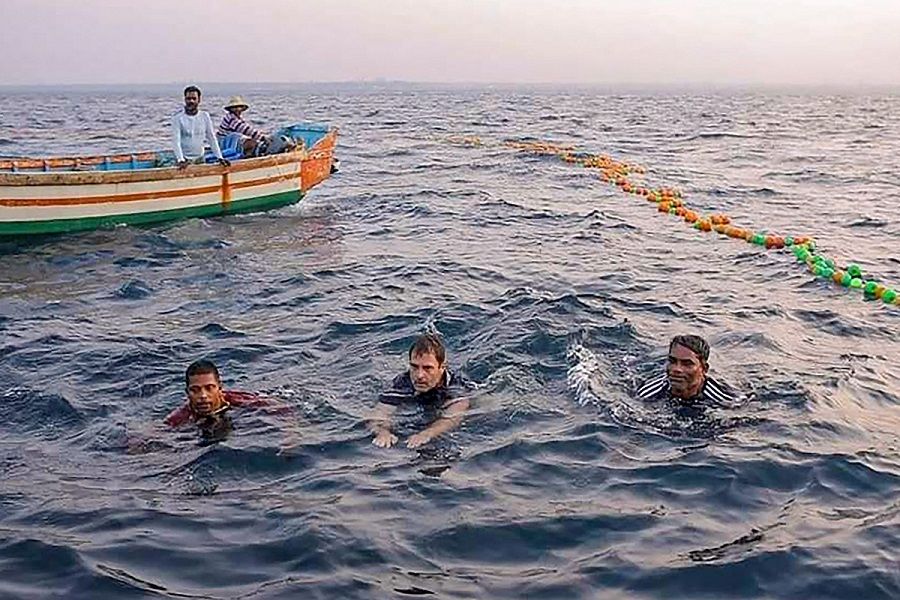 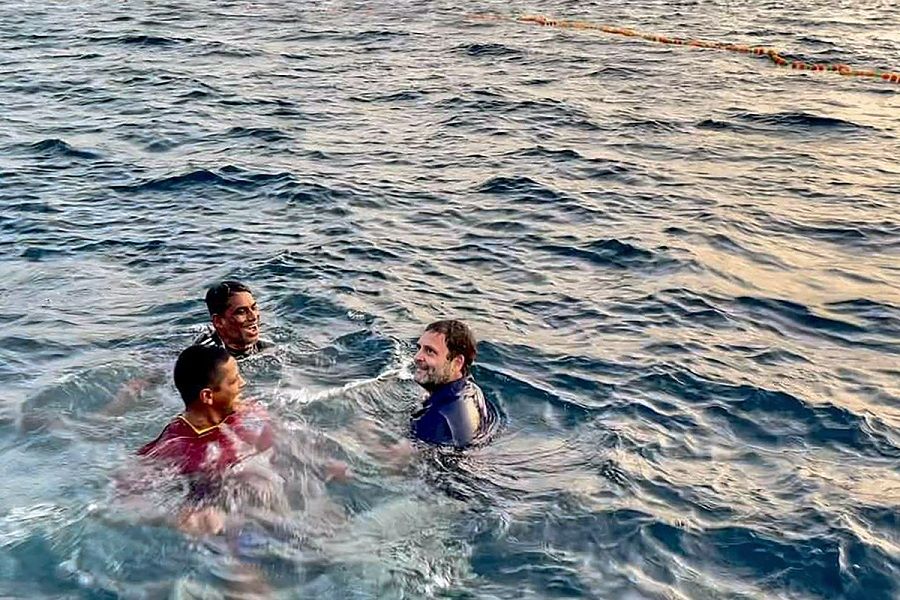 Rahul Gandhi spends 10 mins in the waters with the fishermen.

Biju Lawrance, the boat owner, said the congress leader asked them about their family and sources of income.