New Delhi: Farmers are currently holding “rail roko” Andolan as protest against the Centre’s farm laws across the country. According to sources, farmers have blocked railway tracks in Haryana’s Palwal. Many women were spotted sitting on Jind railway station to block train movement in the area. Chaos was reported at Bengaluru’s Yashwantpur railway station as farmers staged “Rail Roko” Andolan. In the wake of the stir, additional security has been deployed across the country, with focus on Punjab, Haryana, Uttar Pradesh and West Bengal. The rail blockade was announced by Samyukta Kisan Morcha (SKM), an umbrella body of farmer unions that is spearheading the protest, last week to press for its demand to repeal the legislation.

Police appeals to BKU members to end their agitation pic.twitter.com/wiBvvxbuRK

3,30 pm: Centre should not be under any misconception that farmers will go back for crop harvesting. If they insisted, then we will burn our crops. They shouldn’t think that protest will end in 2 months. We’ll harvest as well as protest: BKU’s Rakesh Tikait in Kharak Punia, Haryana

3.30 pm: Crops’ prices are not increased, but fuel prices have gone up. If Centre ruins the situation, we’ll take our tractors to West Bengal as well. Farmers not getting MSP there also: BKU’s Rakesh Tikait in Kharak Punia, Haryana

3:00 PM: At least 25 trains were regulated in the wake of the farm unions’ four-hour ‘rail roko’ demonstration on Thursday, even as the Railway Protection Force (RPF) stepped up security measures and deployed 20 additional companies across Uttar Pradesh, West Bengal, Punjab and Haryana to prevent untoward incidents.

13:25 PM: Kisan Andolan’ in UP peaceful so far. Neither any law & order situation reported nor ‘rail roko’ agitation anywhere. We’re ensuring that no anti-social elements in the garb of farmers ruin peaceful protest. Police instructed to take strict action against them: ADG Prashant Kumar 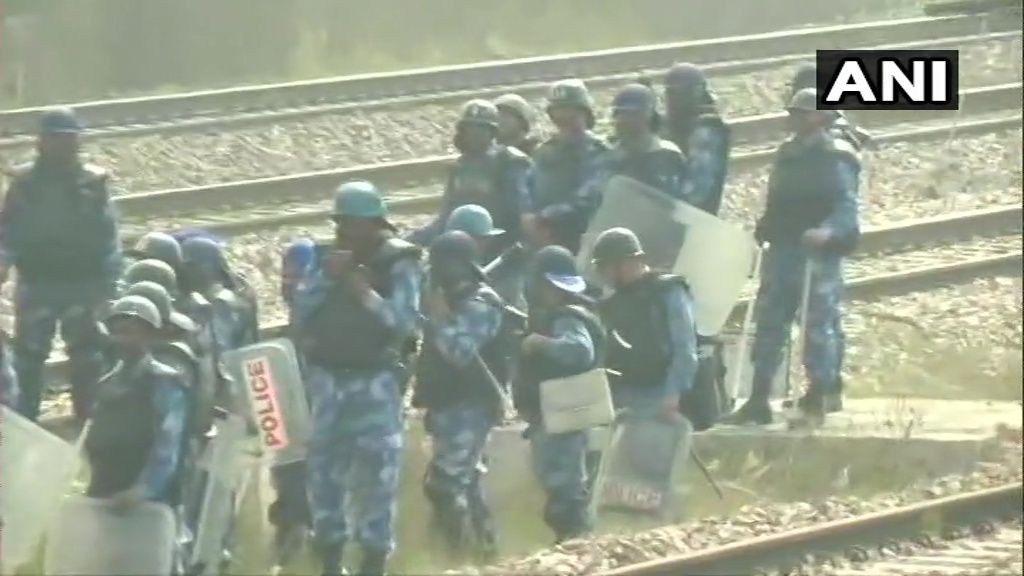 12:54 PM: Speaking on the “Rail Roko” movement, National Spokesperson of Bharatiya Kisan Union Rakesh Tikait said, “Where the trains are running? Only one-two trains are being operated. We would also request to the government that run more trains.” 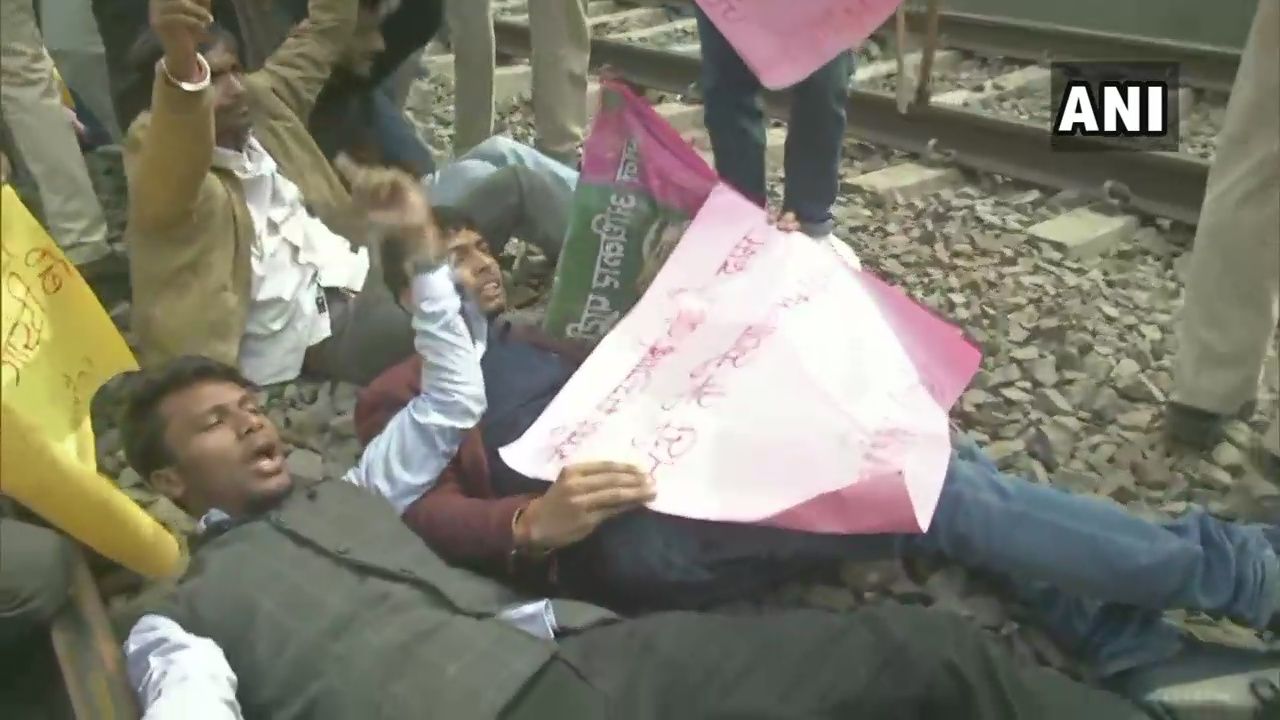 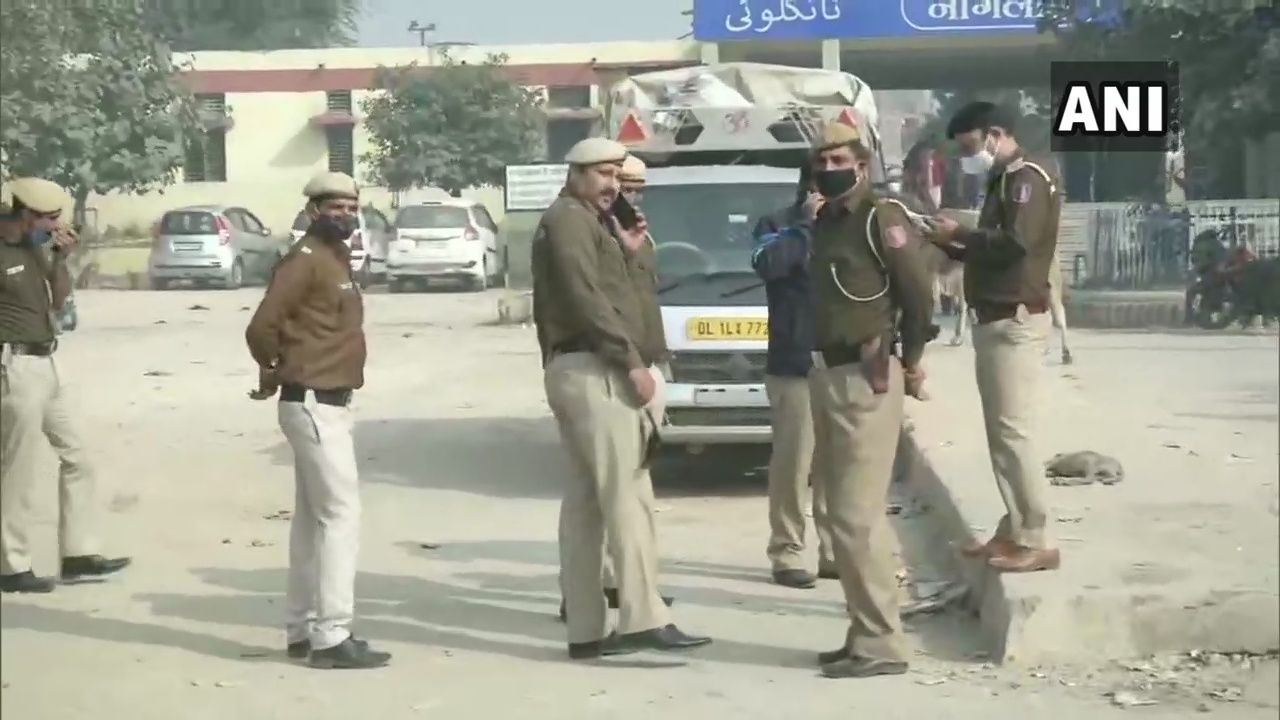 11:05 AM: UP has been put on alert over ‘rail roko’ call by farmers, said reports. Senior officials have identified vulnerable spots and security has been beefed up in such areas. 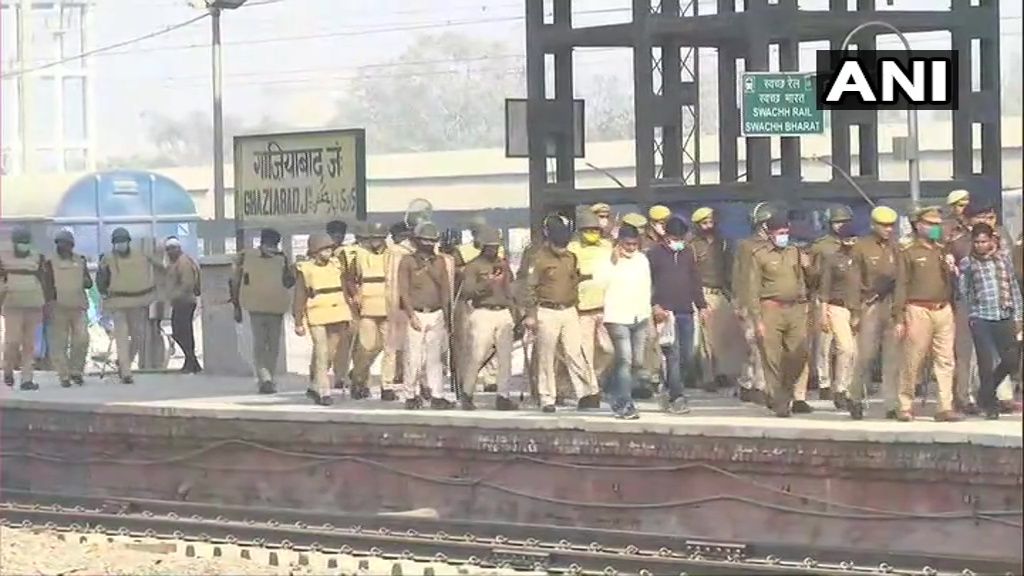 10:45 AM: Security beefed up at Ghaziabad Junction in the wake of the 4-hour long nationwide ‘rail roko’ call by farmers’ today. 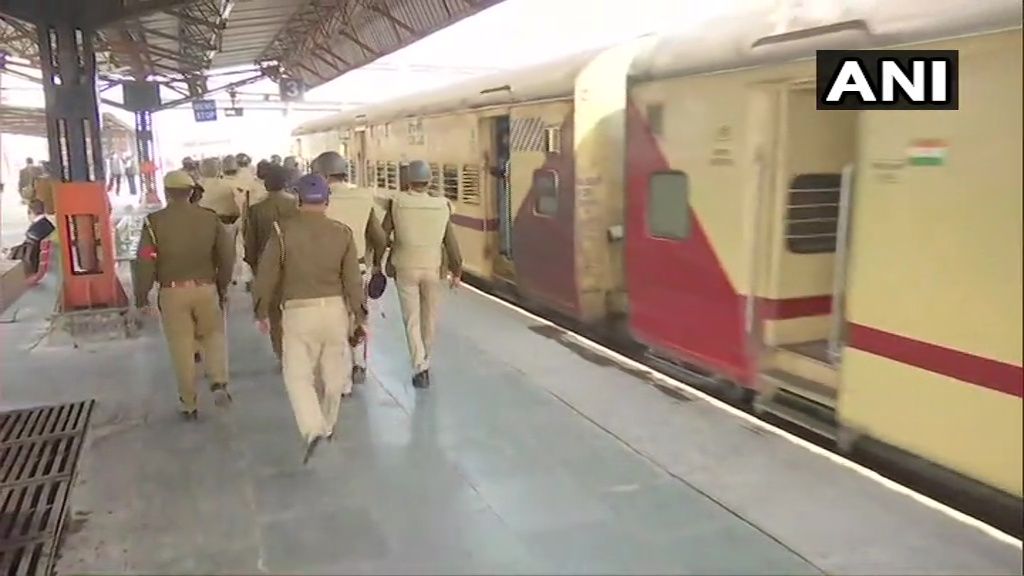 10:40 AM: Police personnel deployed at Palwal railway station in Haryana, in the wake of the 4-hour long nationwide ‘rail roko’ call by farmers today. 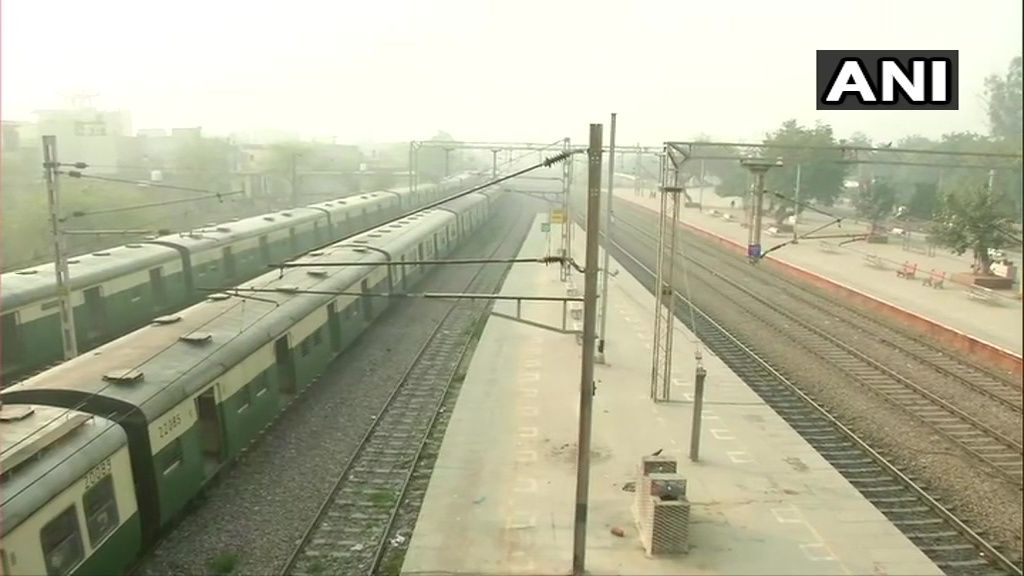 10.10 AM: Protestors have blocked the Jodhpur Howrah Express at Bhabhua station in Bihar’s Kaimur district. Agitating farmers have blocked the route some two hours ahead of the Rail Roko call time. Protesters were also chanting against the farm laws.

Bihar-Chanting workers in Kaimur on premature agitation … stopped the Jodhpur Howrah Express at Bhabhua station … did not take care of time #RailRoko pic.twitter.com/IFr6EHeLM0

Earlier on Wednesday, Director General, Railway Protection Force, Arun Kumar, urged protesters to maintain peace. “I appeal to everyone to maintain peace. We will be liaisoning with district administrations and will have a control room in place.”

“We will gather intelligence. States such as Punjab, Haryana, Uttar Pradesh and West Bengal, and some other areas will be our focus. We have deployed 20 companies of the Railway Protection Special Force (RPSF) in these areas,” he said. The officials in the northern railways are expecting that ‘rail roko’ agitations to be concentrated in Punjab, Haryana and western Uttar Pradesh.

Farmers are protesting against the Farmers Produce Trade and Commerce (Promotion and Facilitation) Act, the Farmers (Empowerment and Protection) Agreement on Price Assurance and Farm Services Act, and the Essential Commodities (Amendment) Act.