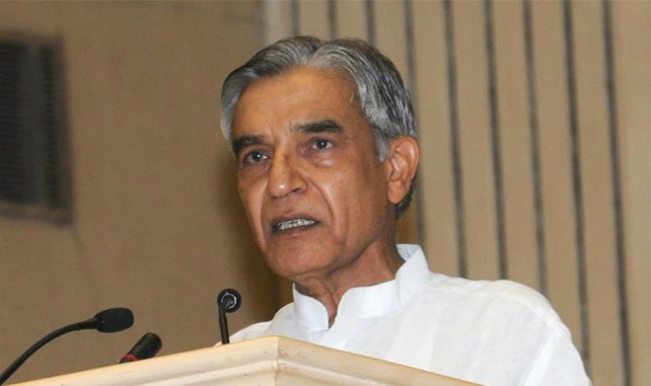 Bansal had appeared pursuant to the court’s fresh summons issued on September 16, when it had made it clear that no exemption from personal appearance would be given to him on the next date. On the last date of hearing, Bansal had sought exemption on medical grounds. Bansal was summoned as a prosecution witness in the case in which his nephew Vijay Singla, suspended Railway Board member Mahesh Kumar and eight others are facing trial. Also Read - Sushant Singh Rajput Case: CBI, AIIMS Medical Board to Meet on Tuesday, September 22

He had not appeared before the court on the last date of hearing and his counsel Puneet Ahluwalia had told the judge that the Congress leader was unwell as he was suffering from viral fever and he would appear on any date after September 19. Bansal, who resigned in May last year as Railway Minister after the matter came to light, was named as a prosecution witness in the case. The court had commenced the trial in the case on September 15 in which CBI had charge sheeted 10 accused last year.

The court had on March 11 this year framed charges against all the accused under section 120-B (criminal conspiracy) of the IPC read with provisions of Prevention of Corruption Act. The court had framed charges against Singla, then Member (Staff) of Railway Board Mahesh Kumar, Managing Director of Bangalore-based G G Tronics India Pvt Limited N R Manjunath, alleged middlemen Ajay Garg and Sandeep Goyal and co-accused Rahul Yadav, Sameer Sandhir, Sushil Daga, C V Venugopal and M V Murali Krishan.

CBI had alleged that Singla had demanded Rs 10 crore from Kumar for his appointment as Member (Electrical) and it was decided between the accused that Rs 5 crore will be paid before the appointment and the rest after the job was done. It had claimed first tranche of around Rs 90 lakh was given to Singla who was apprehended while accepting the money.