Railways will advertise the portal and the App on social networking sites and other platforms to popularise it. 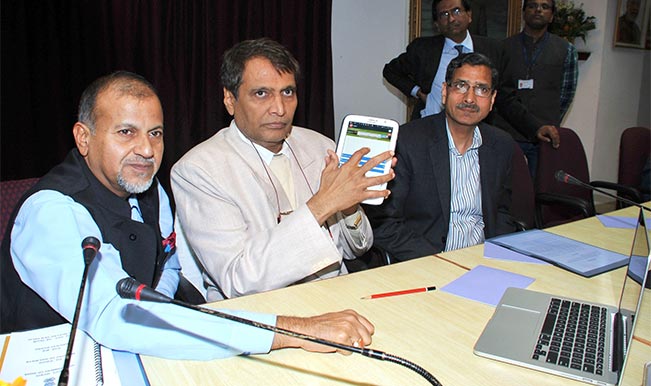 “There should not be any complaints ideally, but if about 3 crore passengers will travel in more than 10,000 trains daily, some complaints might come up. So, there should be an effective forum to lodge complaints,” Railway Minister Suresh Prabhu said after launching the portal and the App here. He said that besides registering complaints, people can also use these forums to send suggestions for improving railway services. “Valuable suggestions on the newly-launched portal can be incorporated… if found suitable,” he said. Also Read - Indian Railways to Stop Operating All Trains From December 1? Here's The Truth Behind The Viral WhatsApp Message

The complaint will be auto assigned to the railway official concerned for redressal. The complainant will receive a message on his mobile phone and via email about the action taken on the matter. As to a time-frame for the redressal of complaints, the Railway Minister said, “We will finalise the time-frame after a few days of stabilisation of the system.” Railways will advertise the portal and the App on social networking sites and other platforms to popularise it. The Customer Complaint Portal will later also be available in Hindi and other regional languages.

Prabhu said that besides registering complaints, a system has also been devised to track the status of the complaints. After registering a complaint, the complainant will be given a unique ID number which can be used for tracking the progress of the complaint. “One can also send images like dirty linen or whatever one wants to complain about through the system,” he said. The launch of the complaint management system was part of the Rail Budget proposals. Indian Railway Budget 2015-16: Operation Five Minutes, Concessional E-Tickets, Easier Defence Travel System among Suresh Prabhu’s master plan to transform Railways

Meanwhile, referring to criticism of his budget, the minister said, “Some said that proposals in Rail Budget were good but (asked) how it would be implemented. The launch of the portal and App is the first proposal to be implemented after three days of the budget.” He, however, said, “I am not saying this is the best portal. I am open to suggestions and there can still be improvement of the system.”