The train will travel from Sarai Rohilla station in Delhi to Garhi Harsaru Junction, Farukh Nagar in Haryana.

New Delhi, July 14: The Indian Railways on Friday launched its first 1600 HHP solar DEMU train. It is one of the environmental friendly measures taken by the railways which will also have financial benefits. The train with a sitting capacity of 89 per people per coach and will be operational from Saturday.Also Read - Indian Railways Resumes Battery Car Service at THIS Junction For Old, Differently-Abled Passengers

The move will save diesel equivalent of Rs 2 lakh per coach per annum. It will result in reduction in 9 tonnes of carbon dioxide emission per coach per annum. Nearly Rs 672 crore will be saved per annum. Also Read - IRCTC Latest News: India Railways Runs 110 Special Train to Ease Festive Rush | Details Inside

Stationed at platform number 1 of Safdarjung Railway station, the train will travel from Sarai Rohilla station in Delhi to Garhi Harsaru Junction, Farukh Nagar in Haryana. It will replace the existing non-solar powered panel on the same route and run at the speed of 110 km per hour. Also Read - Good News For Devotees! IRCTC to Run North Darshan Yatra Special Train From THIS DATE. Check Details 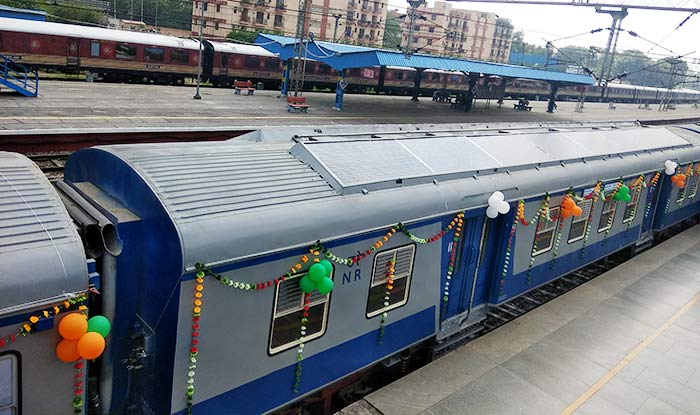 There has been no change in the fare and the journey will take nearly one-and-half hours. In a bid to make the journey comfortable, cushioned seats have been provided. There are rakes for luggage and a display board in each coach. 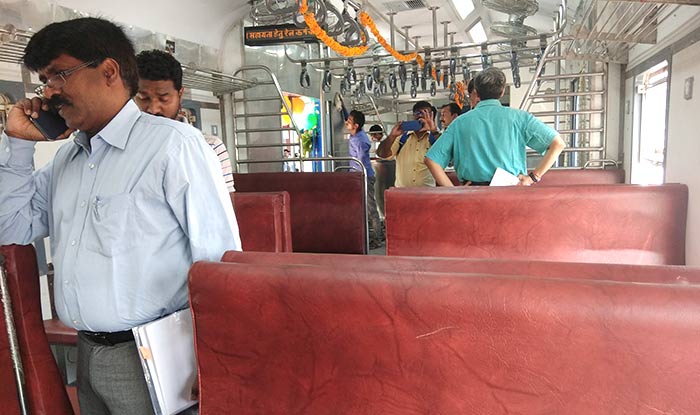 There are 16 solar panels of 300 watt capacity each in a coach. The energy generated through the panel will be stored in batteries and can be used during night as well. The two passenger coaches which do not have solar panel will operate on diesel. The train has two parallel power sources — solar power and diesel — and in case of failure of the former, it will switch on to the latter. 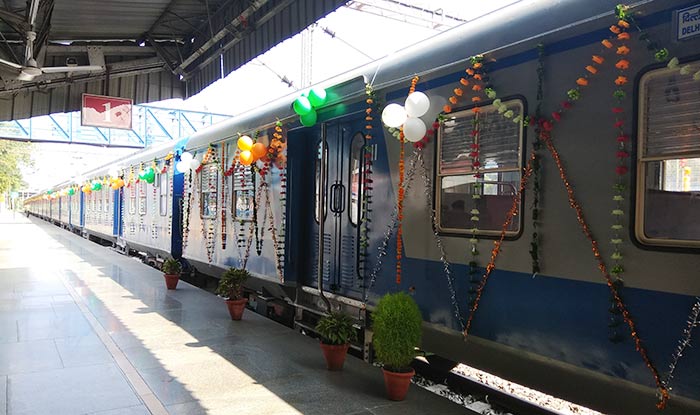 With the success of the train, railways will develop solar powered train grid in all mail and express trains. The railways is looking for a way to convert solar energy into liquid fuel.