Speculations are rife that the the Rajasthan government may convene a special session on Wednesday for a floor test.

New Delhi: In a bid to the end the onging political crisis in the state, Ashok Gehlot-led Rajasthan goverment may go for floor test as early as Wednesday, claimed reports, a day after the Chief Minister called on Governor Kalraj Mishra and handed him a letter confirming the support of two Bharatiya Tribal Party (BTP) MLAs to Congress party. Also Read - Unlock 5: Rajasthan Extends Timings of Summer Schools Till October 31

Speaking to reporters, a Raj Bhavan spokesperson said that the meeting between Gehlot and Mishra lasted for about 45 minutes. During the meeting CM Gehlot also briefed Governor Mishra about the steps taken by his government to curb the spread of coronavirus COVID-19 in Rajasthan. Also Read - Jodhpur Lockdown News: Total Shutdown Imposed in The District Amid Rising Number of COVID-19 Cases | What's Allowed, What's Prohibited

Besides, Gehlot also apprised Mishra about the the support extended by the two BTP lawmakers and claimed a majority amid ongoing tussle with former Deputy CM Sachin Pilot.  Earlier on Saturday, BTP legislators Rajkumar Roat and Ramprasad had asserted that their party’s president and other leaders have agreed on extending support to the Gehlot government on the condition that demands related to development of the state are fulfilled. Also Read - Section 144 Imposed in 11 Districts of This State Amid Rising COVID-19 Cases; Social, Religious Gatherings Banned Till Oct 31 | Read Details 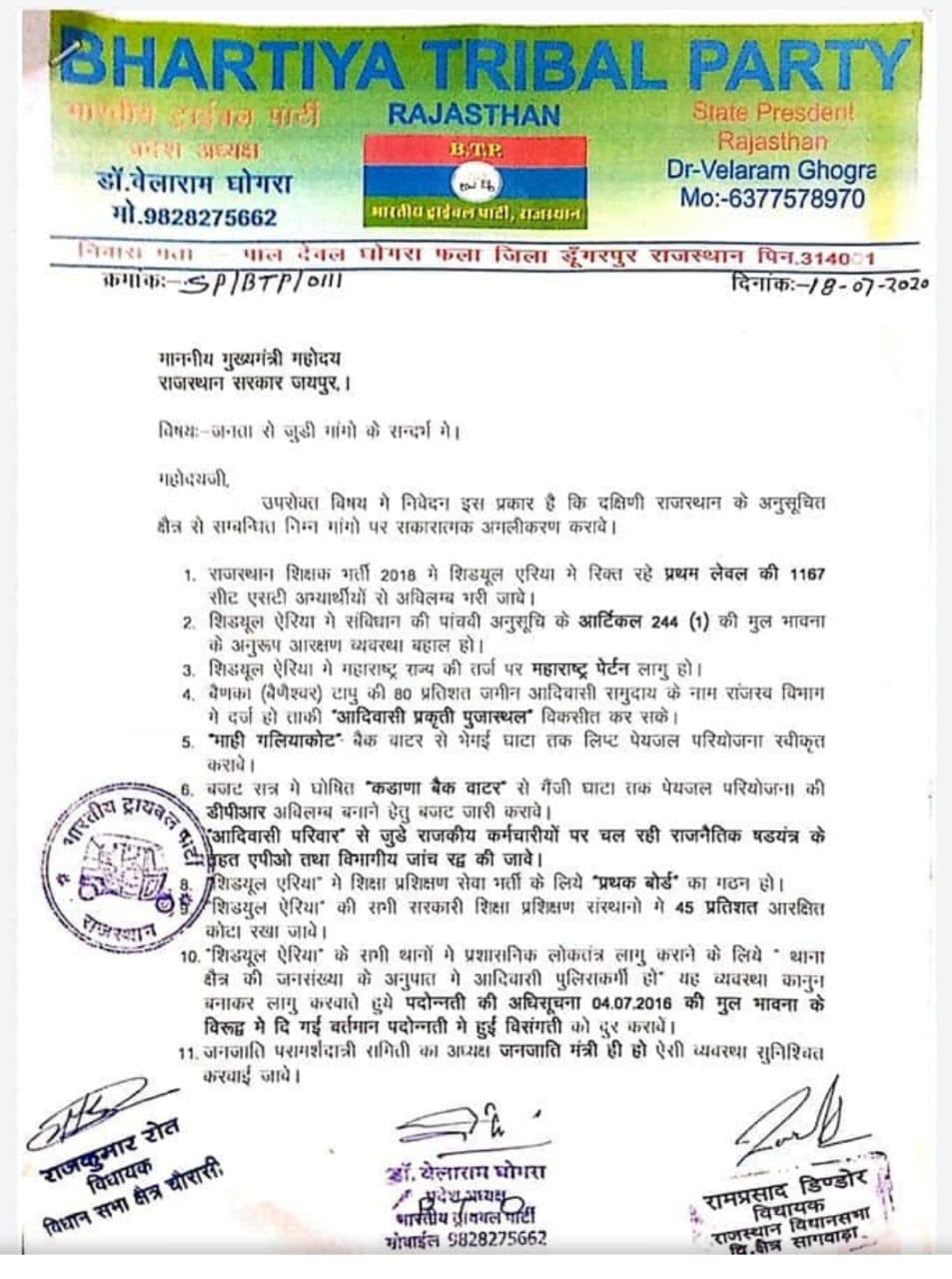 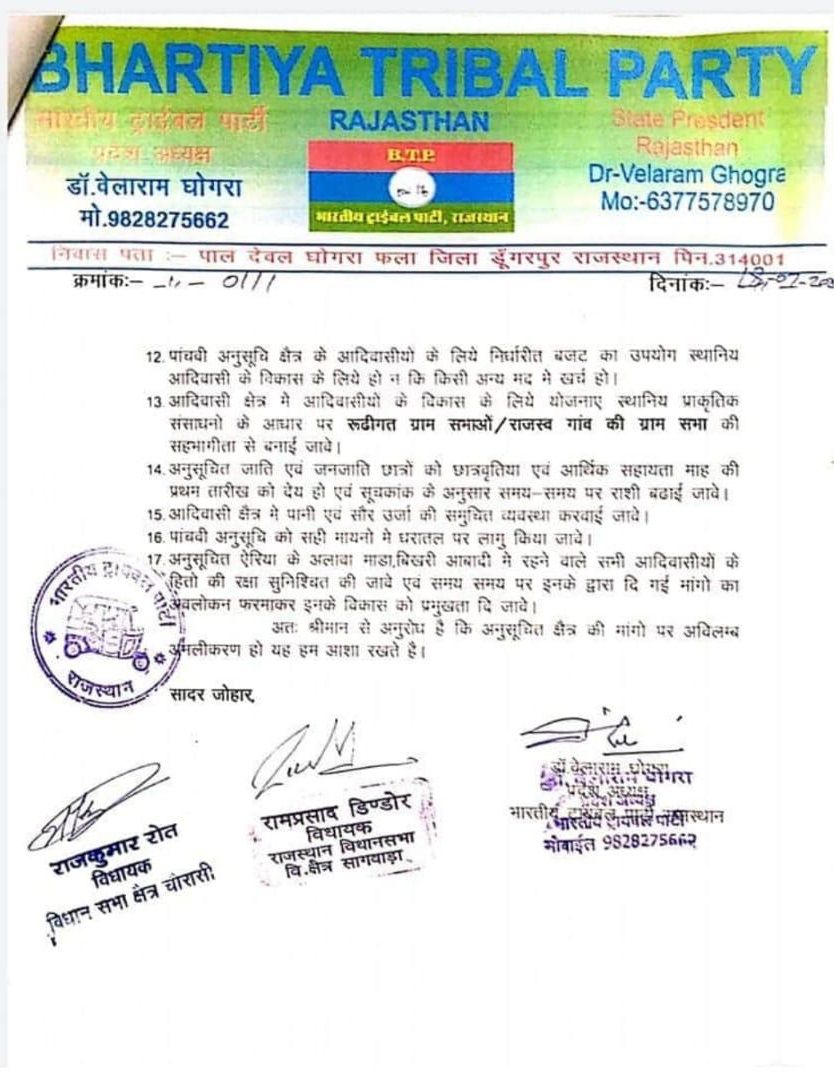 “Both MLAs of the Bharatiya Tribal Party (BTP) announced their support to the government after meeting their state executive officials and discussing with their demands”, tweeted Gehlot. He also shared a picture, wherein he was seen receiving a letter of support from the BTP MLAs.

Speculations are rife that the the Rajasthan government may convene a special session on Wednesday for a floor test.  In the house of 200, Congress has 107 MLAs, including 19 of those who have been issued notices of disqualification by the assembly speaker on complaint by chief whip Mahesh Joshi. The party claims that the Gehlot government has 109 MLAs, including Congress, independents and other supporting party legislators, in its support to run the government.