One of the most well known journalists of India Rajdeep Sardesai faces anger of people who had reportedly assembled for Prime Minister Narendra Modi’s address. 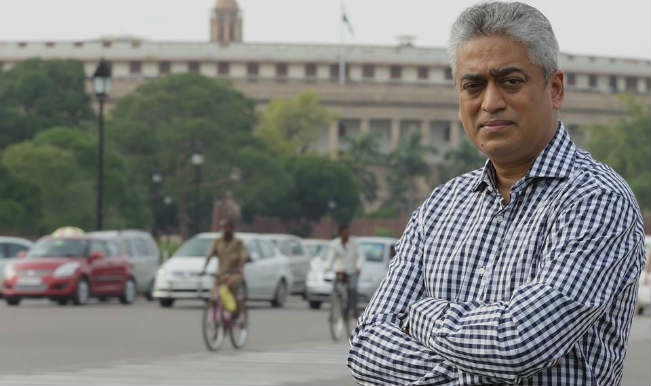 One of the most well known journalists of India, Rajdeep Sardesai faces anger of people who had reportedly assembled for Prime Minister Narendra Modi’s address at New York’s legendary Madison Square Garden when he was covering the speech. Also Read - ECB Terminates Players' Contracts For The Hundred

The crowd gathered to listen Narendra Modi and Rajdeep who recently joined India Today Group as consulting editor was asking questions to the people. The video shows that a person is fist fighting with the journalist and Rajdeep is trying to defend himself. Also Read - Zee Digital Witnesses Remarkable Growth, Ranks 3rd on ComScore In January 2020 In News & Information Category

Rajdeep was asking question over media’s perception on Narendra Modi but the crowed did not let him to ask and started raising pro-Modi slogans. After the incident, Rajdeep reacted on social networking site and called the crowd ‘idiots’.

“Great crowd at Modison square garden! except a few idiots who still believe abuse is a way of proving their machismo! Glad we caught the idiots on cam. Only way to shame the mob is to show them,” he wrote.