The Centre today asked Delhi Lieutenant Governor Najeeb Jung and Chief Minister Arvind Kejriwal to sit together and find a solution to the ongoing turf war triggered by the appointment of acting Chief Secretary Shakuntala Gamlin. 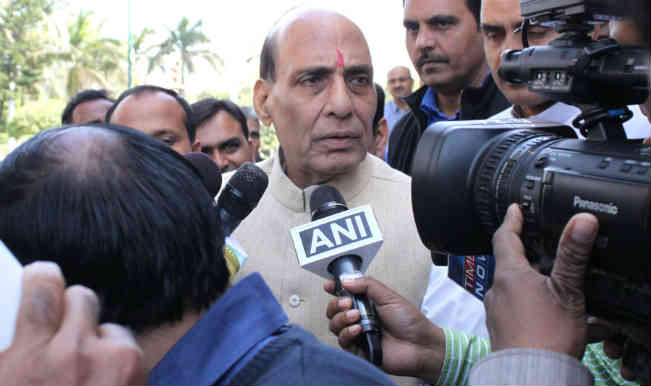 The Home Minister, however, denied he had discussed with the President the stand-off between the two. “I want to clarify that there was no discussion on it,” he said when asked whether he briefed President Mukherjee on the raging controversy. Singh said he had sought appointment with the President even before his visit abroad last week as well as to Dehradun in the last two days. Also Read - Don't Believe in Rumours, Listen to Experts: CM Kejriwal Inspects COVID Vaccination in Delhi

The confrontation over Gamlin’s appointment as acting Chief Secretary turned into a full-blown war between the ruling AAP and the Lieutenant Governor last week with Kejriwal alleging that Jung was trying to take over the administration. Despite Kejriwal’s strong opposition, Jung appointed Gamlin to the post on Friday. On Saturday, the Chief Minister had asked her not to take charge of the post but she ignored his directive and followed the LG’s order. Yesterday, both Jung and Chief Minister Arvind Kejriwal met the President separately and apprised him of their respective stands. Jung had also called on the Home Minister after meeting the President.