New Delhi, March 11: Congress part on Sunday released a list of 1o candidates for the ensuing Biennial Elections for the 58 Rajya Sabha seats scheduled to take place on March 23. Senior party leader like Abhishek Manu Singhvi was the prominent name in the list. 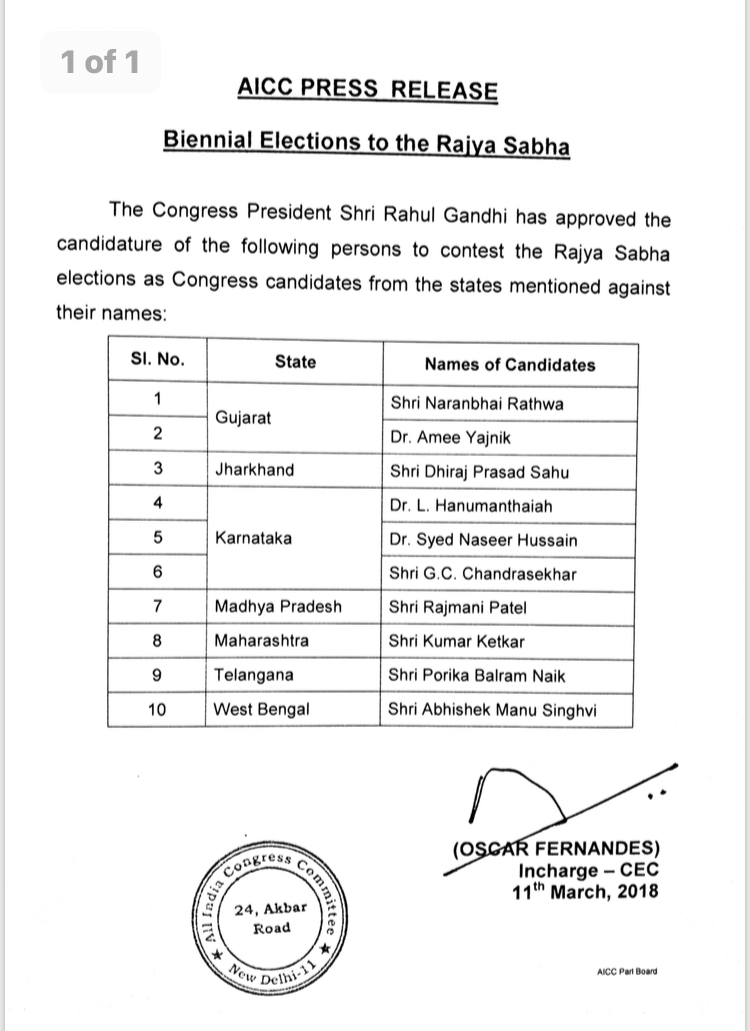 A few days back, West Bengal Chief Minister and Trinamool Congress (TMC) supremo Mamata Banerjee had said that her party would support Abhishek Manu Singhvi of the Congress in the upcoming Rajya Sabha elections from the state.

“Abhishek Manu Singhvi and Kapil Sibal (also of the Congress) have fought many court cases for us. There was a request to me (for supporting Singhvi). We will support Singhvi in the fifth RS seat from Bengal,” Mamata had said.

Earlier in the day, the Bharatiya Janata Party had released a list of 18 candidates for the elections. Former Maharashtra chief minister Narayan Rane and entrepreneur Rajeev Chandrasekhar, BJP general secretaries Anil Jain and Saroj Pandey, and spokespersons Anil Baluni and G V L Narasimha Rao were named in the list.