One of the reasons for him to be nominated as NDA candidate was that he has a spotless public image and that he was a non-controversial leader.

New Delhi, July 20: Ram Nath Kovind will be the 14th President of the country. He won the Presidential poll with an overwhelming majority and will succeed President Pranab Mukherjee who will demit office on July 24. An advocate by profession, Ram Nath Kovind is a Dalit and is from a humble background. However, with his hard work and persistence, he has achieved the greatest heights.Also Read - Meet Padma Shri Awardee Chhultim Chhonjor, a Selfless Hero Who Single-handedly Built A 38 Km Road

Ram Nath Kovind’s childhood friends and neighbours are all praises for him. A friend of his told Zee News that Ram Nath Kovind was a laborious student. His father Maiku Lal would give him a simple oil lamp, under which he would study till late night. He studied in his village Paraunkh, in Kanpur Dehat, till class 5. He later moved to Kanpur for further studies and completed his schooling from BSND Siksha Niketan. He studied law at Kanpur’s DAV college. 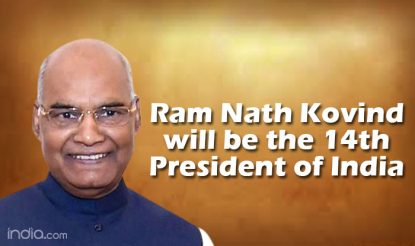 After his education, Ram Nath Kovind moved to Delhi to prepare for civil services. He cleared the toughest exam in the country in his third attempt. But he couldn’t qualify as IAS. He didn’t join the allied services, instead started practising as a lawyer. He was enrolled in Delhi Bar Association in 1971 and practised till 1993. His rise was quick. He was Central Government’s Advocate in the Delhi High Court for two years (1977-1979). He remained Central Government’s standing counsel in the Supreme Court from 1980 to 1993. He became the advocate-on-record in 1978. He himself comes from the Koli caste, hence he empathised with the weaker sections of the society. He would give free legal aid to poor people. He also worked with former prime minister Morarji Desai as his personal assistant. Also Read - COVID Not Over Yet, Lowering Guard Would be Unwise Now, Says President Kovind in His Address to Nation 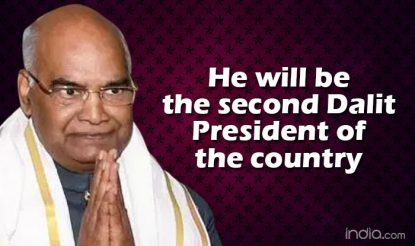 Kovind was associated with RSS. He joined the Bharatiya Janata Party (BJP) in 1991. He became the President of BJP Dalit Morcha and also all-India Koli Samaj. He donated his ancestral house to RSS. He is also two times MP in Rajya Sabha. He remained in the Rajya Sabha between 1994 to 2006. He was appointed as the governor of Bihar in 2015. Even after becoming the governor of Bihar, he didn’t lose touch with his village. He went there once and also got a community centre built. (Also read: Presidential Poll Result 2017: Counting Underway, Celebrations Begin) 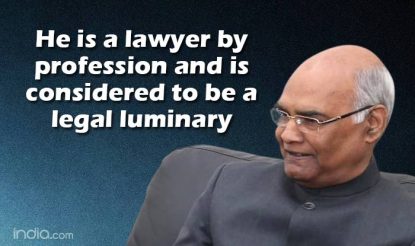 One of the reasons for him to be nominated as NDA candidate was that he has a spotless public image and that he was a non-controversial leader. His relations with the JD(U)-led Bihar government were so good that Nitish Kumar decided to go against their anti-BJP line and decided to support the NDA candidate. 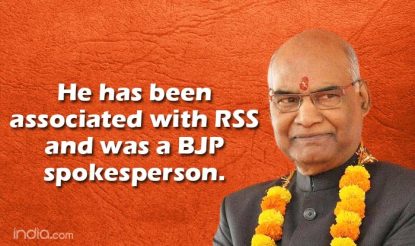 His relatives in Kanpur are celebrating his win. When a reporter asked whether he helps them when they go there to seek favours due to his position, they said he doesn’t support nepotism and tells them to work as hard as he did to rise instead of currying favours. (Also read: Presidential Election Result 2017 Live News Updates) 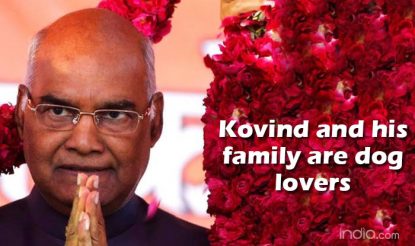 In his personal life, the President designate lives in Delhi with his wife and two children in North Avenue. He and his family are dog lovers and have adopted six stray dogs.