Rama Navami 2016: Importance and significance of the Hindu festival

Rama Navami falls on the ninth day of the month of Chaitra in B S calendar.

Rama Navami is a Hindu festival which celebrates the birth of Lord Ram. The day is celebrated with great pomp and frevor in the country, especially in Ayodha which is believed to be the birth place of Lord Ram. Rama Navami falls on the ninth day of the month of Chaitra in B S calendar. It is generally celebrated in the Shukla Paksha on the Navami. It is also known as Chaitra Masa Suklapaksha Navami. (Also Read: Lord Rama date of birth revealed: January 10, 5114 BC) Also Read - Saif Ali Khan to Play 'Lankesh' Ravana Opposite Prabhas's 'Ram' in Om Raut's Adipurush 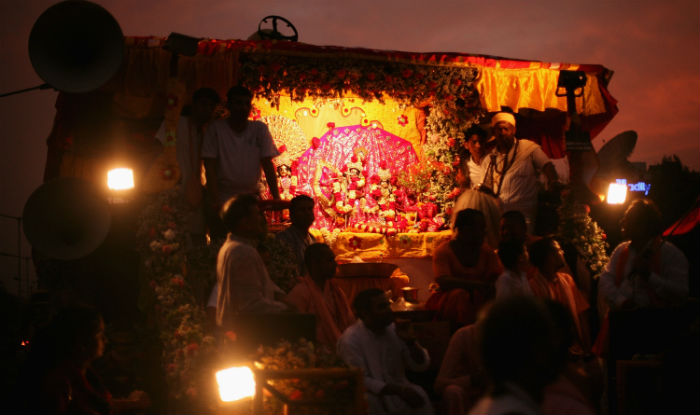 Also Read - Journalist Says She Wants to Use 'Teej Vrata' Book As Toilet Paper, Calls it 'Raddi & Anti-Woman'; Gets Rape And Acid-Attack Threats in Return

It is one of the most important Hindu festivals. People carry out Rathayatras, the chariot procession which is also known as Shobha yatras of Rama, Sita, Lakshmana and Hanuman. At Ayodhya, devotees take a dip in the scared river, Sarayu on the holy day. Followers also perform  Kalyanotsavam (marriage) with deities of Rama and Sita in their homes. Some also take the procession of the streets. The day also marks the end of nine-day utsava called Chaitra Navarati in Maharashtra or  Vasanthothsava in Andhra Pradesh, which is a spring festival and Gudi Padwa in Maharashtra. (Also Read- Ram Navami: 15 things to know about Lord Rama) Also Read - Raksha Bandhan 2020 Wishes: Quotes, WhatsApp Status Messages And Greetings to Share on This Day

Some Hindu devotees also place idol of Rama in a cradle cradle, symbolising birth of the Lord. Community meals are also held. The day is remembered for Lord Ram’s prosperous and right reign. The main attraction of the day is the Rathyatra which is a decorated chariot in which four persons enact the divine pastimes of Rama.