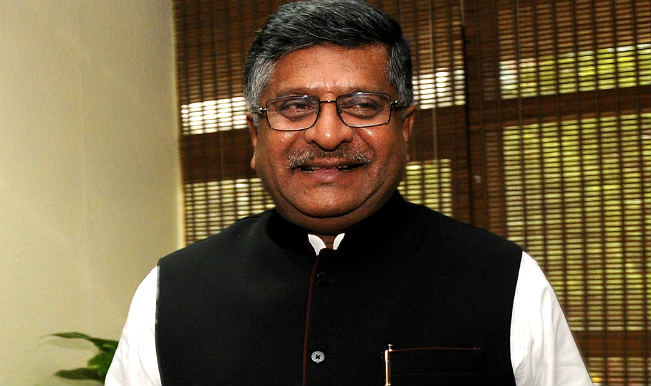 New Delhi, Nov 19: Communications and IT Minister Ravi Shankar Prasad Wednesday said he perceives e-commerce as an extension which is surely pave way for the new India or Digital India. “The dream of witnessing a Digital India will be fulfilled the day, when the availability of resources, items and opportunities are just a click away for the Indians,” the minister said. Also Read - Bihar Assembly Elections 2020: NDA is One, Will Contest Polls Together, Says Ravi Shankar Prasad

He was speaking at the e-Commerce Conclave organised by BRICS Chamber of Commerce and Industry. Saying that “Indians are born entrepreneurs”, Prasad added that he would leave no stone unturned for bridging the digital gap between the rural and urban India. He said the local and small scale entrepreneurs should be brought to the international platform by achieving the Digital India. Also Read - Farm Bills Row: Will Consider Revoking Suspension Only After MPs Apologise, Says Ravi Shankar Prasad

Prime Minister Narendra Modi in his Independence Day address to the nation Aug 15 envisaged a Rs.1 lakh crore project to transform the country into a digitally empowered and connected knowledge economy. Prasad Nov 13 met Flipkart co-founder and Chief Executive Officer Sachin Bansal and assured him that the government will provide full support to resolving issues related to logistics and connectivity.

“I was delighted to meet the young man Sachin Bansal who started the e-Commerce giant #flipkart# in India,” Prasad tweeted after the meeting. In order help local people, US-based Amazon’s Indian arm is working on a business model to involve grocery stores in its network.