After March 31, Reliance Jio customers will have to let go of the “free” carrot and start paying.

After March 31, Reliance Jio customers will have to let go of the “free” carrot and start paying. Jio users will not be able to avail the membership after March 31. The subscription can be availed by paying a one time fee of Rs 99. The fee can paid at any Reliance Jio Express outlet in the country or through the app. The validity of the Reliance Jio Prime subscription is for 1 year – till 31st March 2018. After paying the one-time fee of Rs 99, Jio users still have to choose from a variety of packs available depending on the amount of data they need and recharge using the pack. No free calls or SMS from April 1 onwards. Also Read - Look No Further to Shop, Reliance Set to Integrate JioMart With WhatsApp 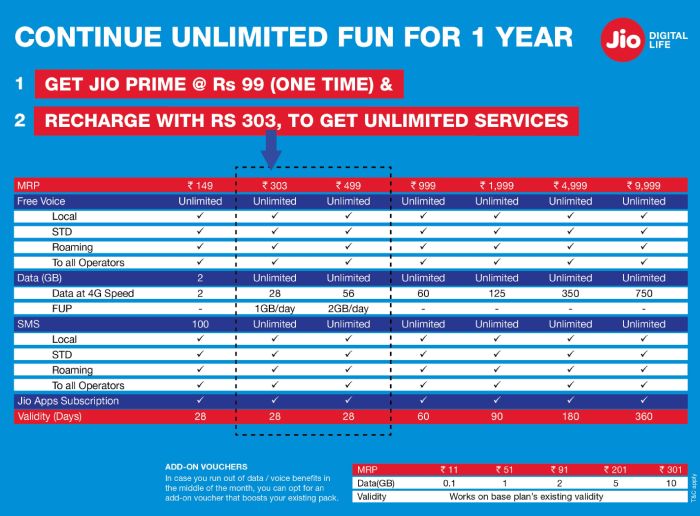 Newcomer Jio that started operations in September 2016, has crossed the 100 million subscribers mark. “Starting April 1, Jio will start offering its tariff plans. On all of Jio’s tariff plans, all domestic voice calls to any network will always remain free. Across India, to any network, always. And no roaming charges, no blackout days, and no hidden charges,” Mukesh Ambani had said.