Anil Desai (Shiv Sena) raised the issue of shortage of dialysis machines in the country and the rising cost of treating kidney ailments. 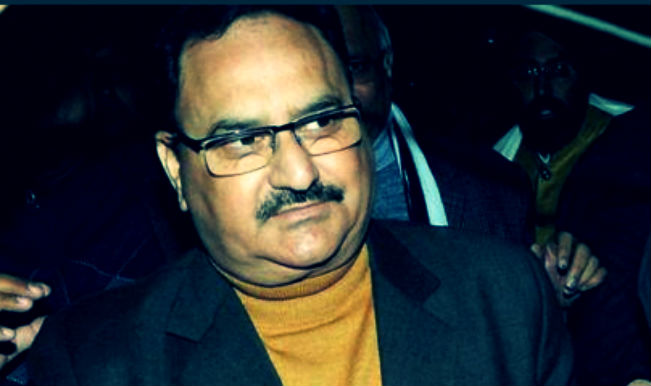 New Delhi, Mar 2 :  A demand for relieving Health Minister J P Nadda from his charge pending a probe into his alleged interference in working of the vigilance administration of AIIMS was made in the Rajya Sabha today. Raising the issue during zero hour, T K Rangarajan (CPI-M) said Nadda, as an MP between May 23, 2013 and 2014, had sought dismantling of the vigilance section of the All India Institute of Medical Sciences (AIIMS) that was probing corruption in the purchase of machinery and medicines. (Read: Swine Flu H1N1: Government serious in dealing with swine flu situation says J P Nadda) Also Read - West Bengal: Veteran CPI(M) Leader Shyamal Chakraborty, COVID-19 Positive, Passes Away at 76

This demand, he said, was rejected but after the change of government in May 2014, the same was accepted and CVO Sanjiv Chaturvedi removed. “The same member J P Nadda is now the Health Minister,” Rangarajan said alleging that all inquiries into alleged corruption at AIIMS have since been put on hold. The Delhi High Court last week issued a notice after a PIL was filed on the issue, he said. “Please relieve him from the Ministry till the inquiry.” Also Read - 'Going to Supreme Court Without my Information Unlawful,' Kerala Governor Arif Khan on State's Move

He said a recent fire in AIIMS is reported to have burnt down sensitive documents as well as computers holding information on land purchase and medicine procurements. “This is deliberate act to destroy records,” he alleged. Motilal Vora (Cong) raised the issue of doctors in Delhi’s government hospitals going on strike demanding security. Their demand for enhancing security in light of attacks on doctors, installation of CCTVs, finalising work hours and creating isolation wards to treat swine flu patients are just, he said, demanding that the government should take action to ensure that the strike ends.

Anil Desai (Shiv Sena) raised the issue of shortage of dialysis machines in the country and the rising cost of treating kidney ailments. While chronic kidney failure patients were increasing by 2.5 lakh annually, there are only 20,000 dialysis machines in the country that can cater to 65,000 patients. Also, the treatment facilities available were out of reach of the common man, he said.