RSS today insisted that a "grand temple" be built in Ayodhya and hoped the Narendra Modi government will take up the issue seriously and fulfil BJP's poll promise. 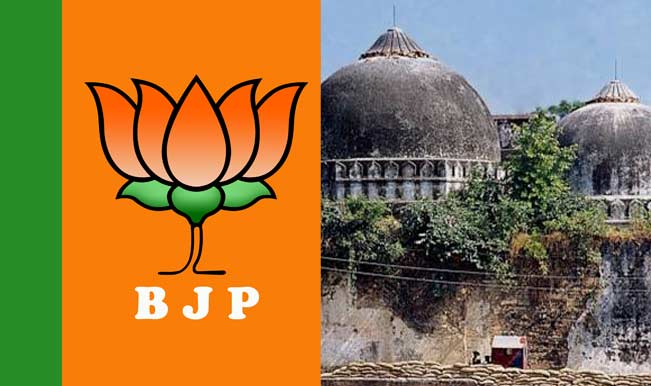 Lucknow, Oct 20: RSS today insisted that a “grand temple” be built in Ayodhya and hoped the Narendra Modi government will take up the issue seriously and fulfil BJP’s poll promise. “We hope the Centre will take Ram Temple issue seriously as Hindu community wants construction of grand temple in Ayodhya. BJP had mentioned it in its manifesto. We should wait for some time”, RSS General Secretary Bhaiyyaji Joshi told reporters at the end of the three-day RSS meet here. Also Read - 5 Striking Remarks Made in Court Today That Closed 1992 Babri Masjid Demolition Case

He was asked whether the Ram Temple issue was discussed at the RSS conclave. “The issue of Ram Temple is always under discussion. Ram Temple is there, this should be accepted. There is a need to make this temple grand. The puja is performed there, thousands of people visit there to pay obeisance. Hindu community wants that a grand temple be constructed there”, he said. Also Read - Babri Masjid Demolition Case Verdict Updates: Incident Not Planned as Evidence Not Strong Enough, Says Judge; All Accused Acquitted