Prime Minister Narendra Modi's handshake with Pakistan Prime Minister Nawaz Sharif on the last day of 18th SAARC Summit in Nepal was perhaps the only high point of the gathering of the regional leaders. 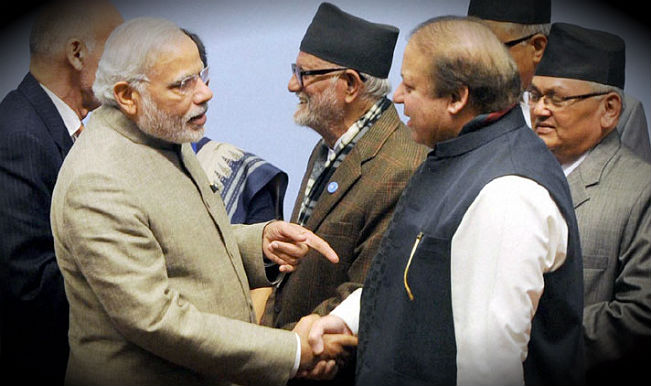 Prime Minister Narendra Modi’s handshake with Pakistan Prime Minister Nawaz Sharif on the last day of 18th SAARC Summit in Nepal was perhaps the only high point of the gathering of the regional leaders. The shadow of two-day long SAARC Summit was marred with the shadow of India-Pakistan relations. And when Head of States of both the neighboring countries shook hands on last day of the Summit, shutterbugs gleefully clicked images which would surely be a contender for picture of the year award! Things have changed upside down since both Modi and Sharif and shook hands on May 26, when the former called latter to attend an epic oath-taking ceremony. Also Read - Give Concrete Solutions, Not Plain Speeches: Congress Slams PM Modi Over His Address to Nation

The earlier gestures by PM Narendra Modi signaled that the 18th SAARC Summit would be again a dull affair. The scenes on the stage at first were too Bollywood-esque as when Nawaz Sharif passed Modi for his speech, Modi picked up a glass of water, albeit to avoid any contact with Sharif. The images went viral on the social media mentioning that how Modi pulled of the hilarious act. Also Read - Anticipating Backlash, BJP Turns Off 'Dislike' Button on YouTube Channel Amid PM Modi's Address to The Nation 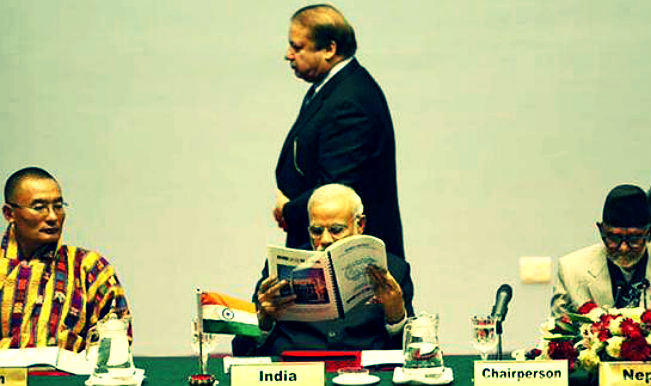 Another picture was doing the rounds on social media was of Narendra Modi took to Summit souvenier to avoid even eye contact with Sharif and, why not? India under the leadership of Modi had sought to mend ties with the estranged neighbor. Since the day Modi-led National Democratic Alliance (NDA) government took over, the Indian government sent clear signal that neighbours were important when it invited all the heads of SAARC countries to the swearing-in ceremony.