August 23: All anyone’s ever talked about since India won its first medal at the Olympics at Rio this year was how two of our women Sakshi Malik and PV Sindhu made us- a country that is known to mistreat its women- proud. There have been various levels of discourse about gender roles and identities on Facebook and various other social media platforms, with majority suggesting that we need to change the way we look at women and their abilities differently. A large part has also been about bashing Shobhaa De, but that is not what I’m here to do. Also Read - Ek Chutki Sindoor? YouTube Channel Slammed For Adding 'Sindoor' to Anushka Sharma's Diwali Pictures, Twitter Asks Why

I’m here to target another ‘well intentioned’ voice on the issue. Stand up comedian Radhika Vaz, who has come to represent an aggressive and unabashed strand of feminism in India, penned a blog for the Times of India, wherein she appears to be defending the very ‘muscularly built’ Sakshi Malik against sexist commentary on her achievements at the Olympics. Except that what she ends up doing, is quite the opposite of what she intends to do. Vaz starts out by answering the question about why a woman winning a medal at the Olympics and in a sport like wrestling no less, is a big deal for India. ALSO READ: Man booked for making objectionable remarks against Sakshi Malik Also Read - Rohit Chadda And Wife Aashna Babbar's Love Story With This Dog Will Inspire You to Get a Pet Right Away

“Why do you have to point out that she is a woman?
Because she is and it’s really inspiring for women when women accomplish something in a field that we were traditionally not encouraged to be part of,” she writes. But then she proceeds to make it a match between the sexes when she says, “Men have been accomplishing stuff but we don’t say ‘Look a MAN won the first medal’. Well that’s because a man did not win the first medal. Or the second. GO SINDHU.” But that’s hardly the point! Also Read - 'Why All Feminists Show Cleavage' - Sona Mohapatra Was Asked This on Twitter And Here's What She Said

Moving on, she further trivializes the matter by involving Salman Khan in the discourse. “Cry me a river. Men struggle too – look at Salman Khan in Sultan – do you have any idea what his workouts are like?
No – i have not been raped yet.
And did Anushka Sharma have to work as hard?
We may have digressed.
Answer the question!
OK – no Anushka Sharma may not have …” 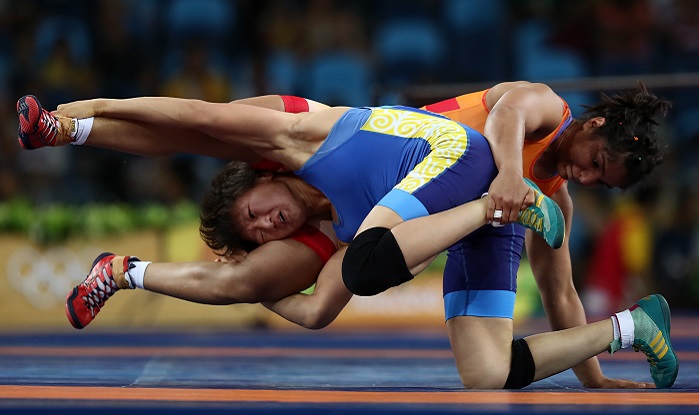 Ms Vaz, you moved into the realm of the complete illogical here. What are you even trying to point out? Anyone who is stupid enough to compare Salman Khan’s supposed ‘struggles’ for a movie on a fictional wrestler who trains for the Olympics in the matter of a song sequence, to that of Sakshi Malik, who despite being from a state with a grossly skewed sex ratio won at the ACTUAL real life Olympics, only deserves sympathy and a mental checkup, not a proper response. It took her sixteen years to train for her feat, for which she also had to fight taboos and stereotypes and possible financial constraints. She trained at the actual local akharas, quite unlike the fake ones made for ‘the great Sultan’.

Besides, your choice to invoke Sultan’s character, while describing Sakshi Malik and what she has achieved, is in itself counter productive. Sultan was a man, quite at ease in the familiar territory of this ‘man’s sport’. Sakshi Malik was breaking stereotypes and stepping out of the confines of gender roles while choosing a passion which is considered an abnormal choice for women. She is an icon in herself and does not need to be anointed with the name of a fictional character, especially not a male.  ALSO READ: Grand welcome awaits Olympics medaliist Sakshi Malik

But this is not what irked me the most. What annoyed me really was when you, Ms Vaz, decided to act as a mouthpiece for Sakshi Malik and went on to make life choices for her. “No one will marry her either – with those muscles and career.
And she needs to marry?
Yes! All this glory is fine but without a man who will respect her?
People who are not sexist, misogynist, patriarchal bores.
You and these words! What about children? Who is she if she does not have a child?
THE FIRST INDIAN MEDAL WINNER AT RIO2016!” 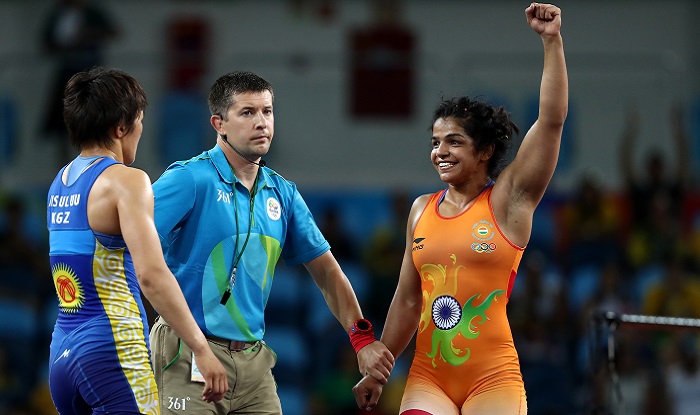 First of all, your declaration that no one will marry her because she does not live up to a certain beauty standard, because she is muscular, is appalling. You are reinforcing more stereotypes here than you attempt to break. Coming from a woman who has always advocated real bodies for women, this statement is even more shocking and I can’t help but feel sad that you wrote this.

Secondly, you say Malik does not need marriage, or a family, because she is such an achiever. Well I’ve got news for you Ms Vaz- her wanting a husband and a family does not make her any less of an icon or a winner. But when you make that choice for her, assuming that she doesn’t want all these ‘boring’ things, you are- believe it or not- repressing her. I’m sure Malik is quite capable of making her own life choices. She doesn’t need pseudo feminism to come rescue her. Neither does she need shrill voices of people beating themselves up in a frenzy for HER achievements, drowning out her own voice. ALSO READ: Kerala Tourism to honour Olympic medallists P V Sindhu, Sakshi Malik

It’s the same thing all over the place- the moment a woman achieves something extraordinary, there is always talk of what her plans are regarding marriage and family and Indian sports women are especially targeted. This was demonstrated aptly when Sania Mirza gave it back to veteran journalist Rajdeep Sardesai who asked her when she was planning to have babies, indicating that that was when she would be truly ‘settled down’. So either we have people assuming that ALL women want to raise a family, or we have people like Vaz assuming women are being forced into being care givers. While the latter might appear progressive and uplifting, it’s also really just restricting women and what they can and cannot do.

This meticulous profiling of women as a career woman or as a ‘gharelu’ housewife material really needs to stop. It all really boils down to one thing- whether women have the choice and the freedom to do with their lives, what they want to, regardless of what any section of the society expects of them, or not. It’s time we left the women alone and let them make their own decisions- muscular arms or not.