The Race 3 actor will be spending the night in the jail as his bail application is likely to be taken up by the court on Friday, April 6.

Jodhpur, Apr 5: Salman Khan has been sentenced to a total of five years in jail by a Jodhpur court in the 1998 Blackbuck poaching case. A penalty for Rs 10,000 has also been levied on him. The 52-year-old actor was sent to Jodhpur jail directly from the courtroom. The Race 3 actor will be spending the night in the jail as his bail application is likely to be taken up by the court on Friday, April 6.  Salman Khan was convicted on Thursday in the 1998 Blackbuck poaching case by a Jodhpur court. The other actors, Saif Ali Khan, Sonali Bendre, Tabu and Neelam who accompanied the actor during the hunting session in Jodhpur were acquitted.

The court found Salman Khan guilty of all the charges under Section 51 of the Wildlife (Protection) Act and Arms Act. Soon after the quantum of punishment was announced, members of the Bishnoi community, which had registered against Salman and the others in 1998, reportedly celebrated outside the court. Click here to catch live updates on Blackbuck poaching case hearing.

Salman Khan is accused of killing two Blackbucks in Bhagoda ki Dhani in Kankani village near Jodhpur on the intervening night of October 1-2 when he was shooting for Sooraj Barjatya’s movie Hum Saath Saath Hain. Other actors of the film were accompanying Khan on the hunting session. 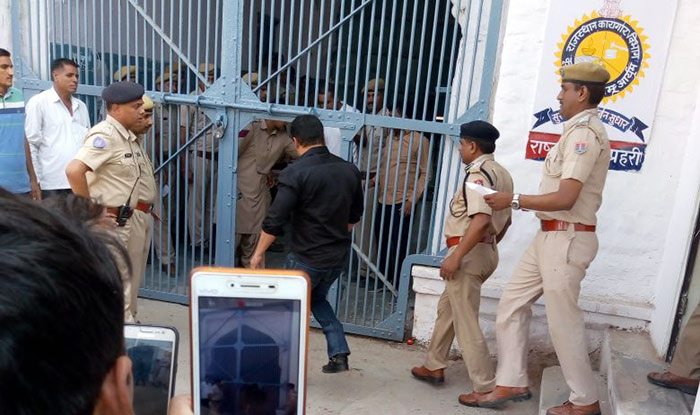 To which, counsel HM Saraswat had argued that the prosecution failed to prove any charge.