Suar constituency legislator Abdullah has registered a complaint at Ganj police station in this regard.

In the complaint, Abdullah has stated that on the intervening night of February 6 and 7, he received a call from an international number. The caller abused and threatened to kill him and his father Azam Khan within 24 hours. Adding further, he said that the calls were received 5-6 times from two different numbers (which he has mentioned in the complaint). Also Read - Rampur Cops, Who Found Azam Khan’s Buffalo, Are Now Searching For Congress Neta’s Mare 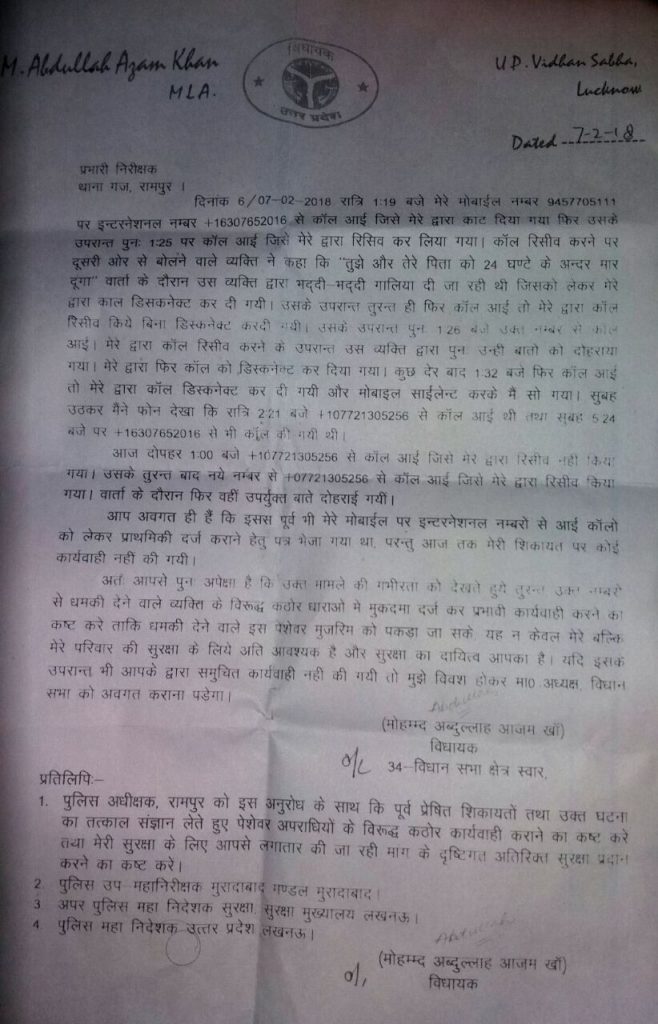 Abdullah also claimed that a similar complaint had been made previously too but, no inquiry was initiated. He said that if the same thing happens again, he will have to take up the matter to the Assembly Speaker.

Meanwhile, the police have filed an FIR and a probe has been launched.