Sant Rampal arrested: The story behind the ‘Godman’ and his followers

The self-proclaimed Godman Rampal has been arrested by Haryana police after two day long operation. 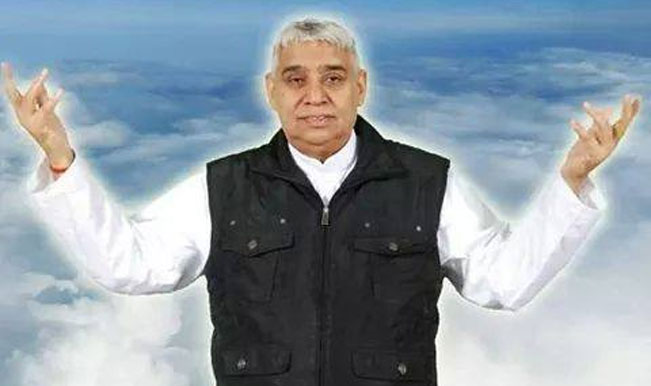 Self-proclaimed Godman Rampal was finally arrested by the Haryana police on November 19 after a two-day long operation in Hisar. Before the arrest, Rampal’s supporters and his ‘army’ had attacked cops when they were trying to enter into his Satlok Ashram to nab him. The police had to face massive defence from Rampal’s army. The question is: What gave Rampal a godman’s status that people stood up in support and even fought with the police? (Read: Sant Rampal: Godman or Fraudman? How can one have his own ‘army’ in the country?) Also Read - Secret Has Gone With You! Sushant Singh Rajput's MS Dhoni Co-Star Bhumika Chawala Shares Heartfelt Post

Rampal, who has an engineering diploma, was thrown out of his position of junior engineer in the Haryana irrigation department because of his careless attitude towards work. Just before he was fired, he established the Satlok Ashram. He first came into the limelight when he made derogatory comments against Swami Dayanand Saraswati. Also Read - ECB Terminates Players' Contracts For The Hundred

According to Rampal’s official website, his followers have always indulged in clashes with the Arya Samaj believers, with the first fight that happened in 2006. This violence became the major reason of Rampal’s rise to fame. Taking the benefit of this, he formed an army called the Rashtriya Samaj Sewa Samiti (RSSS).

After the 2006 violence, Rampal and some of his followers were arrested and sent to jail. His arrest helped him to gain more sympathy from his supporters.

Rampal met Kabir Panthi Saint Swami Ramdevanand Ji Maharaj and became a disciple of sant Kabir. He openly opposed the teaching of Arya Samaj founder Swami Dayanand Swaraswati and even asked not to believe in God. In this way the 2006 clash with Arya Samajis and his arrest made him a ‘Godman’ for his followers.

Logically, Rampal’s arrest and his stand against Arya Samaj made him popular. But it is more because of the state of mind of the people who believe in such kind of a man. According to reports, during search operations, the police found condoms, drugs, adult content, and even a secret camera in the ladies’ toilet at Rampal’s Satlok Ashram.

It clearly indicates what kind of business was going on at his ashram! The need of the hour is that the police must investigate the case in depth. Apart from it, we the people must be careful about this kind of blind following. In the name of God, people like Rampal are playing with our sentiments and misusing us.