Stepping up the heat in the wake of the CBI arresting Trinamool Congress Rajya Sabha member Srinjoy Bose, the Congress and the BJP Friday demanded the resignation of West Bengal Chief Minister Mamata Banerjee 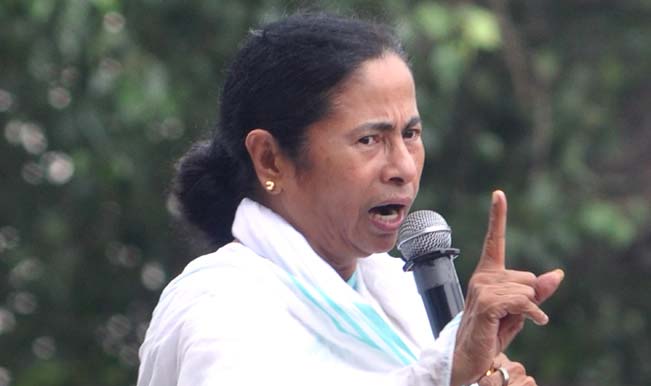 “The way one after the other Trinamool leaders are being arrested, it is beyond doubt, that that the entire Trinamool is involved in the Saradha scam. Therefore, the chief minister must step down, so long as the probe is on,” state Congress president Adhir Ranjan Chowdhury said. Speaking in the same vein, BJP national secretary and party observer for the state Siddarth Nath Singh demanded Banerjee’s resignation. Also Read - 'Dehumanising Torture, Impeaching Credibility of Rule of Law': West Bengal Governor Writes to Mamata Banerjee

“Dots are joining and will finally land at Mamata’s doorstep. Srinjoy is a big leader who knows lot about the Saradha scam. Mamata cannot remain in denial and has answer to the 17 lakh people who were robbed under the Trinamool leadership,” Singh told IANS. “Mamata had said she will resign if links with Saradha were proved. I think she should now start writing the letter at least,” added Singh.

Editor of Bengali daily Sambad Pratidin, Bose was accused of “blackmail” by scam kingpin and Saradha Group promoter Sudipta Sen, in a letter that he wrote to the CBI in 2013. The Saradha scandal came to light in April last year. The company closed shop across Bengal after being unable to pay back the depositors — mainly poor people who, lured by the promise of huge returns, parked their life’s savings with the firm.

As the company went bust, there was a spate of suicides by agents and investors and protests across the state. Sen and several of his key aides and company officials are behind bars now.