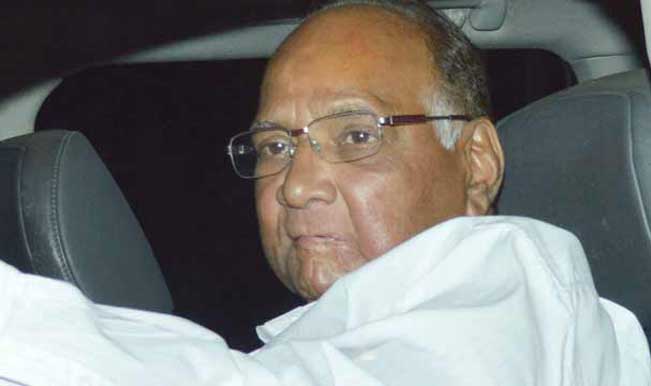 In a series of tweets, Pawar said, “I would like to say that there were significant differences between our party & Congress on various critical issues. Due to time constraint & other issues, we were compelled to take bold step to end 15 years of alliance with Congress in Maharashtra. “So our party has decided to contest this elections independently and we will be happy to take support from other secular parties,” he tweeted. Also Read - ZEE 24 TAAS to Host ‘Udaan – Dare To Dream’

While he did not elaborate on what were the critical issues, NCP had pulled a rabbit out of its hat by raising the demand for rotational Chief Ministership at the last minute during the seat sharing talks with Congress in Maharashtra. NCP had sought the Chief Minister’s post for half of the 5-year term if the alliance retained power. The formula was adopted by Congress in Jammu and Kashmir sometime back with its then state partner PDP.

Supporters of Chief Minister Prithviraj Chavan were hinting for long that NCP leader Ajit Pawar would not like the alliance to take place as he aspired for the top post.