The veteran Congress leader passed away yesterday at Fortis Escorts Heart Institute in Delhi following a cardiac arrest. She was 81. 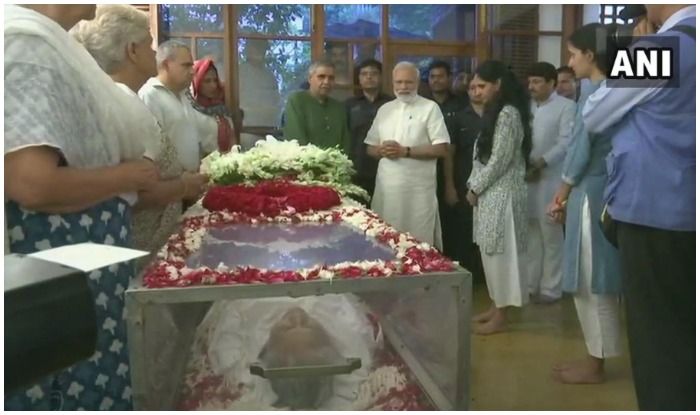 Meanwhile, a two-day state mourning was announced by Arvind Kejriwal-led Delhi government as a mark of respect for the Congress leader. “Delhi government has decided to observe a two-day state mourning as a mark of respect in the memory of former Chief Minister and veteran leader Sheila Dikshit. She will be accorded a state funeral,” Deputy Chief Minister Manish Sisodia had tweeted.

Dikshit was president of Delhi Congress and had served as Delhi’s chief minister for 15 years from 1998-2013. As the longest serving woman chief minister who steered her party to victory for three consecutive terms in 1998, 2003 and 2008, Dikshit ushered in an era of all-round development that transformed Delhi into a world class capital.

She also initiated green reforms in public transport sector, successfully accomplishing the shift from polluting vehicles to a CNG based fleet. Known as a warm and affable politician, Dikshit carried out massive infrastructure development of Delhi during her tenure. She also launched a number of social welfare schemes with involvement of resident welfare associations as part of her participatory model of governance.