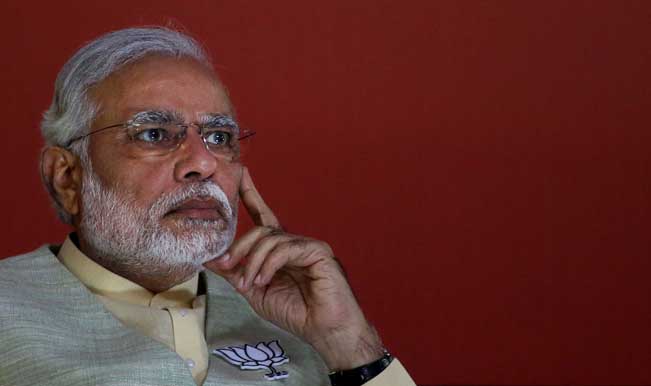 The seat sharing deadlock between Bharatiya Janata Party (BJP) and Shiv Sena (SS) ahead of Maharashtra Assembly Election 2014, to be held on 15 October, continues as Prime Minister Narendra Modi has left the decision on party’s Maharashtra unit. According to sources, Narendra Modi has assured state party leaders that central leadership will support the decision taken by them. Modi also said BJP will try to save the alliance till the last moment. Also Read - Rare Pic: PM Modi Once Went Paragliding in Himachal's Solang Valley, Instructor Recalls The Day

Why the BJP leaders look confused on whether to maintain alliance by accepting Shiv Sena’s conditions or to contest elections on their own? After rejecting Sena’s last offer of 119 seats couple of days back, Maharashtra state BJP leaders’ said the central leadership of the party will take the decision how to go ahead in state elections due next month. Also Read - Kangana Ranaut Says BMC is Now 'Threatening Her Neighbours' to Isolate Her Socially

But the ball has landed back in state unit’s court to take final call over seat sharing. It also seems that Modi is playing safe game on the seat-sharing conflict. By giving responsibility to state unit, Modi has kept himself away from the consequences, be it positive or negative, of the election results.

While the BJP is trying their best to keep the alliance intact, Shiv Sena gave its last offer of 119 seats to save alliance. Last week, Shiv Sena’s call of ‘last attempt to save alliance’ clearly indicates that the party was ready to contest the upcoming Assembly polls alone, but its ally BJP is still trying to sort out the issue, ensuring that the saffron alliance survives.