Signalling a thaw in troubled relations between BJP and Shiv Sena, Sena MP Anil Desai is likely to be inducted in the Union Council of Ministers today, Sena sources said 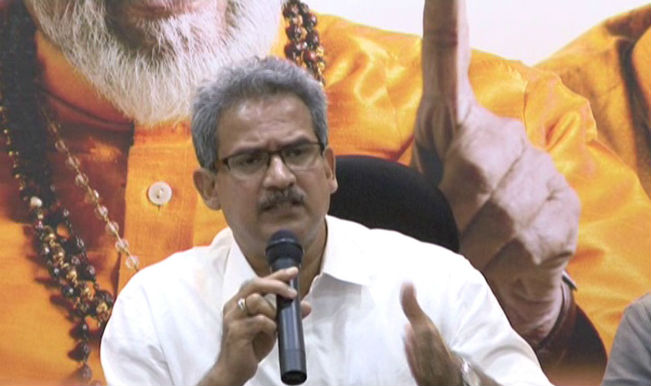 Also Read - 100 Days Or 100 Months: Congress Will Continue To Fight Till Farm Laws Are Rolled Back, Says Priyanka Gandhi

New Delhi, Nov 9: Signalling a thaw in troubled relations between BJP and Shiv Sena, Sena MP Anil Desai is likely to be inducted in the Union Council of Ministers today, Sena sources said. Desai has reached Delhi from Mumbai and will be sworn in as a minister in Prime Minister Narendra Modi’s government, the sources said. Also Read - At Janaushadhi Centres, Women Can Buy Sanitary Pads at Rs 2.5 | All You Need to Know

The development comes after Sena’s sole representative in the ministry Anant Geete was called to Mumbai by party chief Uddhav Thackeray last night. Geete had wanted to meet Modi but was denied an appointment, Sena sources had said. Geete had said it was not clear if Sena would be part of the expansion of the ministry. Also Read - After PM Modi's Brigade Rally, BKU Leader Rakesh Tikait To Speak with Bengal Farmers on March 13

Sena wanted the BJP to sort out unresolved issues over it joining the Devendra Fadnavis government in Maharashtra first. It is, however, not clear if both parties have reached an understanding over their reunion in Maharashtra after their split before the Assembly elections. The Sena chief has demanded that his party should be inducted into the Fadanvis government before it faces the trust vote.