The Shiv Sena, in an edit in party mouthpiece 'Saamana' Friday called its former ally of 25 years Bharatiya Janata Party (BJP) a 'crow' 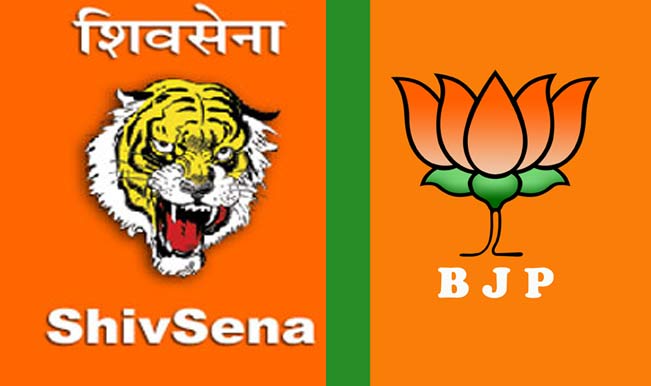 Mumbai, Sep 26: The Shiv Sena, in an edit in party mouthpiece ‘Saamana‘ Friday called its former ally of 25 years Bharatiya Janata Party (BJP) a ‘crow’. In the edit, the Sena proclaimed itself as “the real protector of Maharasthra” through its army of Shiv Sainiks. “The alliance based on common Hindutva ideology has sadly collapsed… We tried our level best till the last minute to save it in the interest of Maharashtra. Goddess Tulja Bhavani will now chart the path for the state… But in all this, if the state collapses, history will not forgive…,” the edit warned. Also Read - Kangana Ranaut Becomes Emotional as HC Reprimands BMC For Asking 'More Time' to File Affidavit

“Now, Pitru Paksh is over… Everybody’s ancestors came in the form of crows and feasted on food and sweets before leaving happily… Only the political descendents were not ready to make any adjustments in the matter of seat-sharing…,” Sena lamented at the break-up. It pointed out that not only Shiv Sena, but the entire 11 crore population of Maharashtra wanted the saffron alliance to continue, who now feel betrayed. Also Read - Kangana Ranaut-BMC Demolition: HC Orders Sanjay Raut to Become a Party in Case

“Those who discarded this sentiment are enemies of the state. It is an insult to the sacrifices of the 105 martyrs who fought for Maharashtra and Mumbai’s unity and self-respect,” it said. Referring to Congress minister Narayan Rane’s explosive statements two days ago, that the central government was attempting to separate Mumbai from Maharashtra and dilute its exalted status as India’s commercial capital, the Shiv Sena said Congress need not be concerned about it.

“You don’t bother about the status of Mumbai or united Maharashtra… This is now Shiv Sena’s responsibility… With the blessings of the late patriarch Bal Thackeray, Goddess Tulja Bhavani and the support of millions of party activists and the people of the state, we shall live up to the expectations,” it said.

On the spate of political development which shook the state Thursday, Shiv Sena said that the New Moon (Amavasya) enveloping the state is now over and the joyful days of ‘Navratri’ have begun. “The crows of Pitru Paksh crows have flown away…Now only the warriors (Shiv Sainiks) are left…People will soon experience the difference,” the party said.