Uddhav said he still could not fathom what prompted the BJP to unilaterally snap its 25-year-old alliance with the Shiv Sena Sep 25. 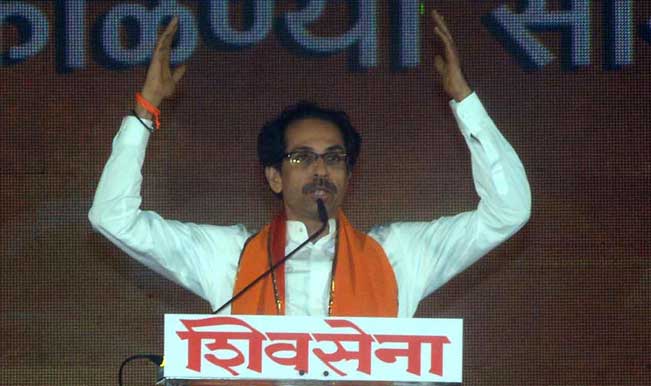 Mumbai, Oct 1: Shiv Sena president Uddhav Thackeray Wednesday wondered why has former ally BJP felt the need for holding “so many” election rallies by Prime Minister Narendra Modi in Maharashtra. “They say that there is a ‘Modi wave’ in the state. This is not Gujarat. If there is indeed such a wave, then why the BJP has planned so many rallies by the prime minister for the state elections?” Thackeray said talking to reporters here. However, clarifying that he held no grudges against Modi, Thackeray said it was surprising the state Bharatiya Janata Party (BJP) was inviting the prime minister for so many rallies for the Oct 15 elections to the Maharashtra assembly. Also Read - Stop Flights From Regions Witnessing New Omicron Variant: Kejriwal Urges PM Modi

It is not yet clear how many rallies Modi will address, with estimates ranging from four to 22. Uddhav also said he still could not fathom what prompted the BJP to unilaterally snap its 25-year-old alliance with the Shiv Sena Sep 25. “We never broke it. We were keen to continue the alliance, but they suddenly snapped it. I have yet to know why. We shall present the facts before the people of the state,” Thackeray declared. Also Read - Planning Lockdown, Urging Flight Ban And Scaling up Testing: How Are Indian States Preparing to Combat Omicron

On his flip-flop on the issue of withdrawing the Sena’s sole cabinet Minister Anant Geete from the Modi ministry, Thackeray clarified that the party was not interested in sticking to any central position. “I had made it clear that he would resign after the PM returns from his foreign tour. We would also discuss with Modi what went wrong and why the alliance was snapped,” Thackeray said. On Monday, Uddhav declared that Geete would quit the cabinet post, but a day later backtracked stating that more discussions are required before any decision is taken since BJP-Shiv Sena MPs were elected by the united efforts of both parties in the May 2014 Lok Sabha elections.