Should Amitabh Bachchan, Madhuri Dixit and Priety Zinta be sued for promoting Maggi?

Nestle India's Maggi was found to have harmful levels of lead and monosodium glutamate (MSG) in UP. 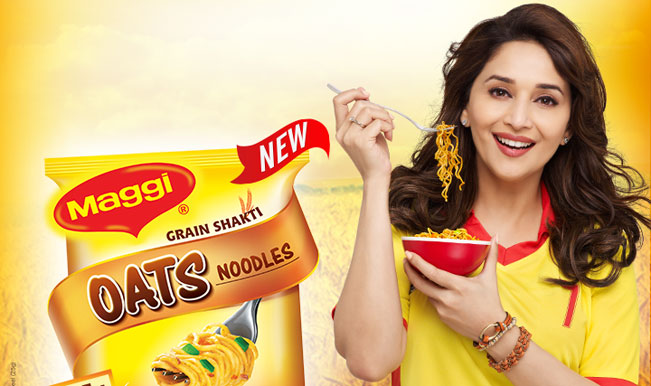 Also Read - 'I'm Not A Gay Man, I Am A Transwoman', Designer Saisha, Formally Swapnil Shinde Comes Out as Trans Woman

Amitabh Bachchan, Madhuri Dixit and Priety Zinta may soon be sharing space inside a jail for promoting ‘the two-minute’ Maggi noodles. Uttar Pradesh’s food regulator FSDA (Food Safety and Drug Administration) had filed a case against Nestle India which manufactures Maggi and others but a local advocate filed another case against the Bollywood actors for endorsing the product. Maggi made the headlines for all the wrong reasons after UP Food Safety and Standards Authority of India (FSSAI) found dangerous levels of lead and monosodium glutamate (MSG). Also Read - Maggi Lovers,  Learn How To Make Sumptuous Chicken Maggi At Home

Madhuri Dixit, Amitabh Bachchan and Priety Zinta have enjoyed the privilege of endorsing various deals. However, it is highly critical that they should have exercised caution while entering into an agreement with Nestle India to promote Maggi. It may seem unfair to hold them responsible for Nestle India’s actions in altering ingredients during promotion but any ready-made food product is bound to have certain amount of chemicals harmful for consumption in the long run. Also Read - Twitter User Shares Picture of Maggi With Curd, Leaves Netizens Disgusted

Perhaps the celebrated Bollywood trio should have taken a peek at the book of ethics like Kangana Ranaut and refuse a brand that could lead to controversy. As of now, one can only hope that the celebrities think twice about the image and impact their actions can have in the eyes of a common man. The 28-year-old Tanu Weds Manu returns actress had refused a deal reportedly worth Rs 2 crores from a fairness brand citing that it is insulting to her sister and the nation.

Watch this space for the latest twists and turns in this script.