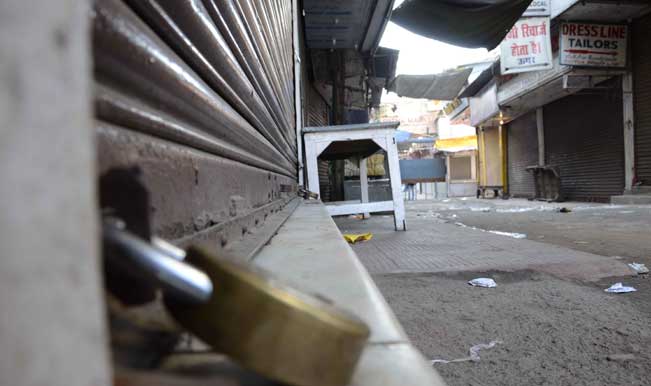 Kathmandu, Nov 21: A shutdown affected normal life in Janakpur in Nepal Friday after 22 political parties announced a strike protesting against the cancellation of Indian Prime Minister Narendra Modi’s visit to the town revered by Hindus and Buddhists. Life was thrown out of gear due to the ‘bandh’ called by the parties demanding that Modi visit Lumbini, the birthplace of Lord Buddha, as well as Janakpur as he had announced in August. Also Read - Modi Confident Reforms in Past Months Will Boost Manufacture & Agriculture; Says Everyone to Get Vaccine Shots

On Thursday, the Nepal government announced the cancellation of Modi’s visit to Lumbini, Janakpur and Muktinath, saying he would only attend the Nov 26-27 SAARC Summit in Kathmandu. The protesters said they also wanted Modi to attend a civic reception at Barha Bigha and address a mass gathering as originally scheduled Nov 25. Also Read - Bihar Polls: Rahul Gandhi Accuses PM Modi of Not Talking About Problems Like Unemployment Faced by Our Country

According to information reaching here, the protesters burnt the effigy of Prime Minister Sushil Koirala and Home Minister Bamdve Gautam, holding them responsible for the axing of the visit. Foreign Minister Mahendra Bahadur Pandey told the media that India had conveyed that Modi would show up only at the SAARC Summit due to his involvement in various political meetings.

India’s Ambassador to Nepal, Ranjit Rae, however, said Friday that “no official communication has been made regarding the cancellation of the visit” to the three places. On Thursday, cabinet minister Bimalendra Nidhi, who was to have received Modi at Janakpur, announced the cancellation after being told to do so by the Nepal government.

Amid the ambiguity, preparations continued Friday at Janakpur to host the Indian leader. Home Secretary Surya Prasad Silwal, who is in Janakpur to oversee security and other logistic factors, told the local media that he had not got any official communication from Kathmandu cancelling Modi’s trip.

He claimed that Modi’s civic reception, welcome programme and public address would take place as scheduled at Janakpur. “Since Thursday we have working on a war footing,” Silwal said. “I am here with the chiefs of security agencies to prepare for the Modi visit.”