Siddaramaiah said the government would provide a compensation of Rs five lakh to the family of the woman, who succumbed to injuries 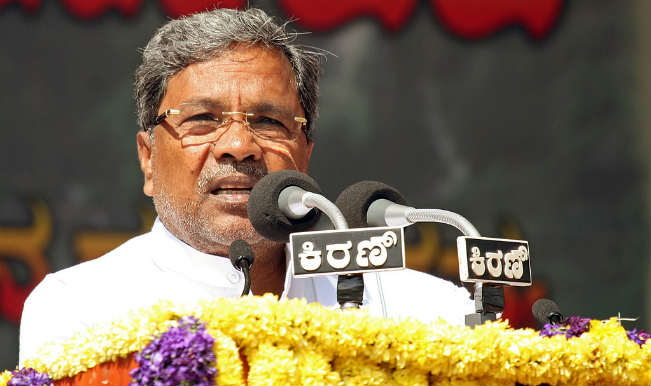 Bengaluru, Dec 29: Karnataka Chief Minister Siddaramaiah today announced a compensation of Rs five lakh to the kin of a woman who was killed in the low-intensity explosion outside a popular restaurant here that also left three persons injured. Speaking to reporters after visiting the injured at a hospital here in the wee hours, Siddaramaiah said the government would provide a compensation of Rs five lakh to the family of the woman, who succumbed to injuries sustained in the explosion last night. Also Read - Former Karnataka CM Siddaramaiah Discharged From Hospital After Recovering From COVID-19

The Chief Minister, who earlier rushed to the blast site from Mysuru, said best treatment would be provided to the injured. He said compensation would also be given to the injured, but did not specify the quantum. The victim identified as Bhavani had come on a visit here from Tamil Nadu and was killed and three others, including one of her relatives, injured in the blast triggered by an Improvised Explosive Device (IED) in front of the Coconut Grove restaurant on a busy road in the heart of the city around 8.30 pm yesterday. Also Read - Former Karnataka CM Siddaramaiah Tests Positive For Coronavirus, Admitted to Hospital

City Police Commissioner M N Reddi confirmed that Bhavani, in her 30s, succumbed to injuries at Mallya Hospital, where she was rushed in a serious condition. Her relative Karthik, who was also injured, is hospitalised but out of danger. Two more injured – Vinay and Sandeep – are undergoing treatment at HOSMAT hospital. The restaurant is close to the fashionable Brigade Road and MG Road, dotted with bars and restaurants with teeming crowd on weekends.