'Swachhta' (cleanliness) should not be limited to physical cleanliness but should also include the thought process, Human Resource Development Minister Smriti Irani said Wednesday 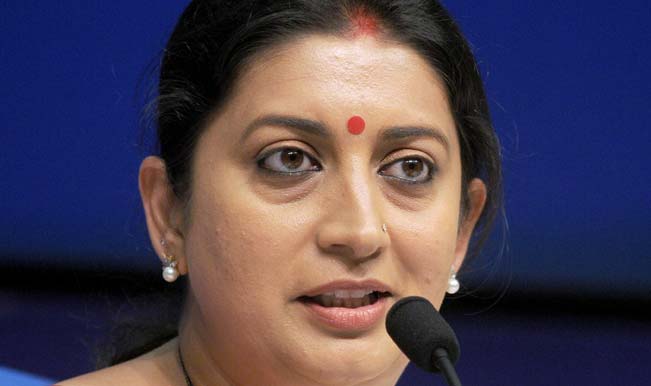 Also Read - Delhi Water Supply to be Hit, Jal Board Blames Spike in Ammonia Levels in Yamuna From Haryana

Gurgaon, Nov 19: ‘Swachhta’ (cleanliness) should not be limited to physical cleanliness but should also include the thought process, Human Resource Development Minister Smriti Irani said Wednesday. In Haryana, where the number of girls is comparatively less, their outstanding performance in cultural activities shows that people now want their daughters to come forward, Irani said in her address at the concluding function of the Bal Swachhta Mission at the Mewat Model School in Nuh. Also Read - Over 70 Cows Die in shelter in Haryana's Panchkula Due to Suspected Food Poisoning

Wasima, a Class 6 student from Gunawat village in Mewat district, was named brand ambassador of Bal Swachhta for Haryana. Wasima told Irani that in her family girls were not permitted to go to school, but now her father says she would bring honour to her family. Also Read - Smriti Irani Tests COVID Positive, Urges All Who Came in Contact With Her to Get Tested

She said she wants to pursue higher studies and become a teacher. Irani said the Swachh Bharat Abhiyan was “not a political or government programme, rather we want that the children of our country get a clean atmosphere and clean surroundings”.

She appealed to all students that they should wash their hands before taking meals and also ask their elders whether they have washed their hands.