She will be accompanied by union Minister of State for Agriculture Sanjeev Baliyan. 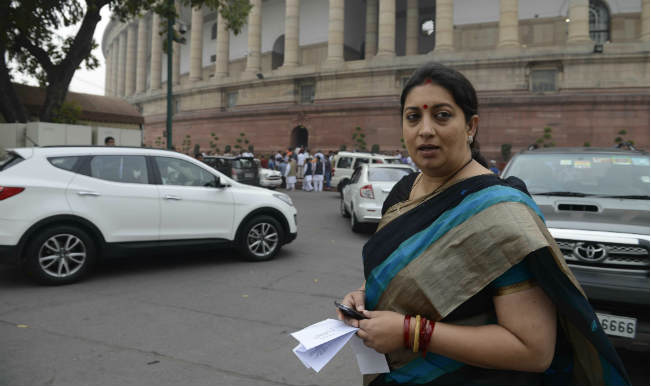 Having promised to “stay in touch”, Irani has been meeting people from Amethi in New Delhi on a regular basis, a senior BJP leader told IANS while saying that during her Tuesday visit, the minister would be addressing ‘Kisan Panchayat’ at all blocks in the district. Also Read - Fat To Fit: Smriti Iran's Amazing Weight Loss Transformation Is Praiseworthy, Her Diet And Fitness Secrets Revealed | Watch Video

She will be accompanied by union Minister of State for Agriculture Sanjeev Baliyan. Local leaders said that while the visit is largely to “dispel doubts” created by the Congress in the mind of farmers about the National Democratic Alliance (NDA) government’s policies, sources said Irani is “leaving no stone unturned to cultivate goodwill for herself and the party” in the Gandhi bastion.

Rahul Gandhi is slated to visit Amethi on May 18. On a two-day tour to the family pocketborough, Rahul will meet local party leaders, workers and also interact with the farmers and apprise them of the anti-farmer policies of the Modi-led central government.

He is likely to take up issues like the land acquisition bill and compensation to farmers after the unseasonal rainfall and hailstorm destroyed crops in most parts of the state.