Congress President Sonia Gandhi today met families of the victims of the Bachrawan train accident that had left over 30 dead and assured them of all possible help. 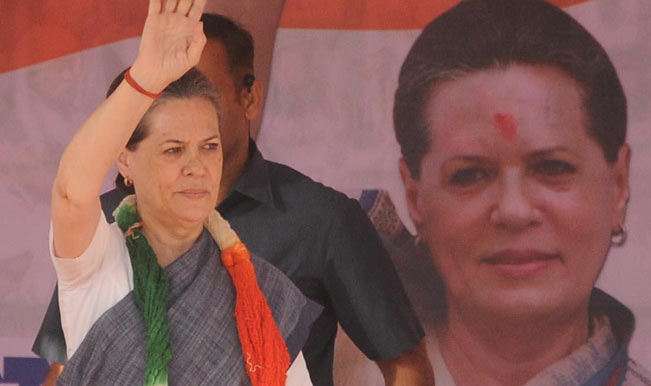 Raebareli (UP), May 28: Congress President Sonia Gandhi today met families of the victims of the Bachrawan train accident that had left over 30 dead and assured them of all possible help. Gandhi, who arrived here this morning on a day-long tour of her constituency, immediately went to Bhuyemau guest house and met family members of the victims and handed them over cheques. (Also read: Sonia Gandhi and Rahul Gandhi to mutually decide on new Congress chief) Also Read - Video: No More Infighting, Congress Netas in Bihar Go For Open Fight

“Soniaji has assured us all possible help while giving a cheque of Rs two lakh. She has asked us to be in touch and let her know if we face any problem,” Ganga Sharan Mishra, whose father had died in the mishap, said. The engine and two coaches of the Dehradun-Varanasi Janta Express derailed near Bachrawan Railway Station in the district on March 20, leaving 30 dead and many others injured. The Congress leader also gave appointment letter to victim Shivendra Singh’s wife Sushma, who has been given a job in a school. Also Read - Rahul Gandhi In Italy, Misses Congress Foundation Day Amid BJP Taunt; Sonia Gandhi Skips Event Too

Later, in the day Gandhi is scheduled to inaugurate a plaque of Nagar Panchyat Bhawan, constructed in Dalmau, attend meeting of vigilance and monitoring committee and inaugurate works done under MP Local Area Development Fund. She will also take stock of various schemes going on in her constituency. Gandhi would be accompanied by her daughter Priyanka Gandhi, who had arrived here yesterday. Before leaving for Delhi, Sonia will distribute cheques to farmers whose crops were damaged in rains and hailstorm.