Sri Sri Ravi Shankar has called for peace in Iraq, and said communication needs to be established with those who are misguided in the name of religion 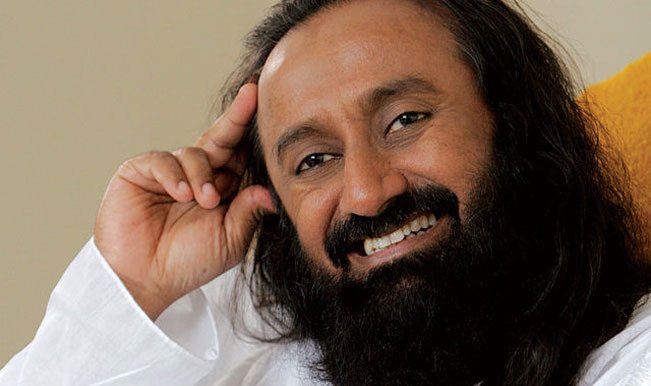 New Delhi, Nov 22: Spiritual leader Sri Sri Ravi Shankar has called for peace in Iraq, and said communication needs to be established with those who are misguided in the name of religion. Interacting with media in Erbil, Iraq, he said that he has stepped up relief work for Yazidi refugees trapped in Erbil in the wake of the insurgency launched by Islamic State (IS) militants. Also Read - PUBG Mobile Banned: Not Just India, These Countries Have Also Banned the Popular Battle Royale Game

The International Association for Human Values (IAHV), a sister concern of Sri Sri Ravi Shankar’s ‘Art of Living,’ has teamed up with local non-governmental organisations (NGOs) in Iraq for relief operations. Sri Sri Ravi Shankar said those misguided by religion need to be educated. Also Read - Looking to Learn Meditation in The Pandemic Times? Here's a 21 Day Meditation Challenge to Help You Find Your Peace

“Unfortunately, people who are aggressive have no value for peace and peaceful people never go in aggression. We have to find a dialogue here. In this conference, let us put our mind and heart and see what is it that we can do, how we can establish communication with those who are misguided in the name of religion,” he said. He is well known for his discourses on peace, non-violence and spirituality.

Iraq has been in a state of war and conflict for over ten years now and several thousand people have died due to Islamic militancy. The entire region is under the influence of religion based conflict. Sri Sri Ravi Shankar said India, too, had been under attack by aggressors but its faith in non-violence has remained intact.

“India has never been an aggressive force. We never went on aggression on any country but have been a victim of aggression many a time,” he said. “What pulled the country together to move in a progressive path is the confidence and the faith inpeace, faith in non-violence, the unshakable faith in non-violence (that) Mahatma Gandhi and many other spiritual leaders in the past have instilled in the people,” he added.

Sri Sri Ravi Shankar’s organisations – International Association for Human Values and Art of Living – have been conducting trauma relief and women empowerment programmes in Iraq for the past ten years. The IAHV team recently trained 35 Members of Parliament in Kurdistan from four different political parties.

Thousands of Yazidis have been shot, buried alive or sold into slavery by Islamic State militants, who regard them as devil-worshippers. Their population has reduced from over 23 million to a mere million in the last few decades. Islamic State originally attacked the area around Sinjar, in northwestern Iraq, in August, forcing the Yazidis to retreat up the mountain.