The night temperature continued its free fall below freezing point in Srinagar on Monday, reaching the lowest this season so far, while Leh slipped to a bone-chilling minus 12 degrees Celsius. 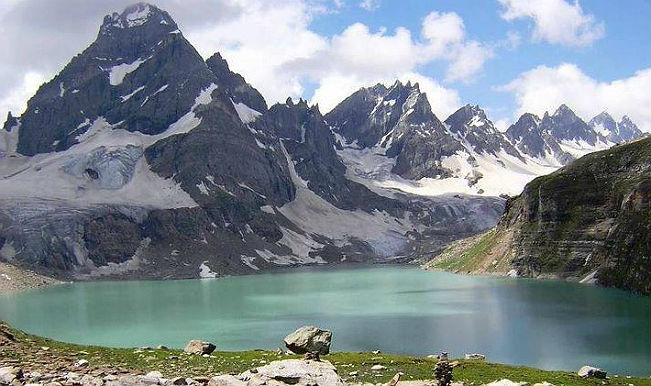 Also Read - MBBS Seats in Jammu and Kashmir Increases to 1100

Srinagar, Nov 24: The night temperature continued its free fall below the freezing point in Srinagar on Monday, reaching the lowest this season so far, while Leh slipped to a bone-chilling minus 12 degrees Celsius. “The minimum temperature in Srinagar city was minus 1.4 degrees Celsius during the night, the coldest recorded so far this season,” a Met department official told IANS. Also Read - Kashmir's So-Called Politicians Sometimes Tend To Be More Dangerous: Jitendra Singh

“The minimum temperature recorded in Gulmarg and Pahalgam was minus 1.8 and minus 4.4, respectively, while Leh town in the Ladakh region recorded minus 12 degrees Celsius during the night.” In Kargil, the night temperature was minus 10.5 degrees Celsius, he said. Also Read - Black Day Observed Across Jammu and Kashmir To Mark Pakistan's Invasion in 1947

“Jammu recorded a minimum of 7.9 which is the lowest recorded there this season so far,” he added. The official said minimum temperatures are likely to drop further as weather is expected to remain dry during the next three days.

What came as a relief to motorists and commuters in Srinagar Monday morning was the absence of intense fog that had become a regular feature in the city and its outskirts during the last fortnight.

Kashmir has been witnessing early winter and cold wave conditions this season, which is attributed by Met officials to unprecedented rain during the month of September.