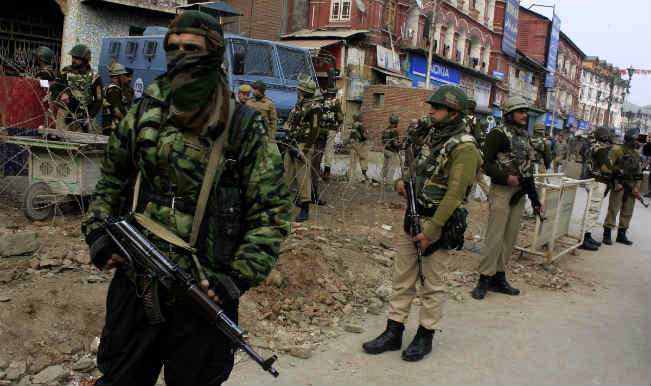 Srinagar, Dec 5: A Lt Colonel and six Army personnel besides three policemen were killed in a pre-dawn attack by militants today on an Army camp in Uri area of north Kashmir’s Baramulla district which is going to polls on December 9. Five militants were also among those killed in the attack that comes just four days ahead of third phase of Assembly polls in Uri and six other constituencies of Baramulla district.
Militants carried out the attack on the army camp at Mohra in Uri tehsil at around 3.10 AM and engaged the security forces in a fierce gunbattle, police officials said. Uri, which is near the Line of Control, is about 100 km northwest of Srinagar, where Prime Minister Narendra Modi due to campaign on Monday. Also Read - Bank Holiday Alert: Banks To Remain Shut For 6 Days From Today | Complete List Here

Official sources said seven Army personnel including a Lt Col, three policemen and five militants were among those killed in the attacks.
Army, however, confirmed the killing of only four personnel including the Lt Col. In Delhi, Defence Minister Manohar Parrikar said, “It is possible that this has happened because of elections… We will eliminate the remaining militants who are trapped.” Police said at least six militants had infiltrated into the Valley from Pakistan-occupied Kashmir recently. Also Read - Heartwarming! Srinagar Police Chief Gives Rs 1 Lakh to Elderly Man Who Was Robbed of His Savings

“Militants have struck an army camp in North Kashmir between Baramulla and Uri. Security force casualties are feared. It’s an ongoing encounter,” he said. On December 2, Army foiled an infiltration bid in Handwara area of Kupwara district killing six militants while one army personnel was also killed. The infiltration bid was foiled even as people in Kupwara district were voting to elect their representatives.