The 73-year-old self-styled godman is currently lodged in jail after being arrested in September 2013 for allegedly sexually assaulting a minor girl in one of his ashrams. 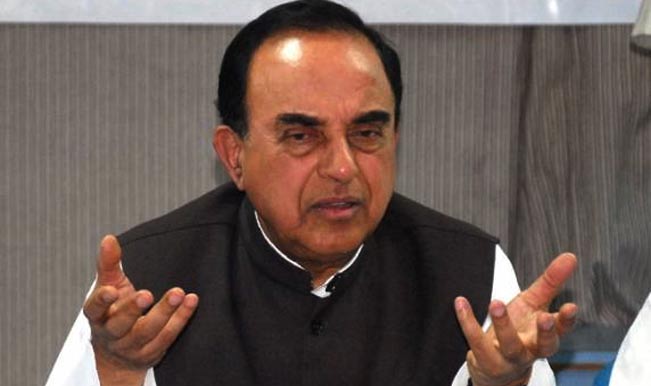 Jodhpur, Jun 19 : BJP leader Subramanian Swamy today argued for bail to Asaram Bapu, jailed in a sexual assault case, before a court here, which reserved the decision till June 20. The arguments on the bail application lasted for about an hour after which the court kept the decision reserved till tomorrow. (Read: Narayan Sai back in jail: Asaram Bapu’s son returns after mother’s surgery gets cancelled) Also Read - Jailed Godman Asaram on Ventilator Support in Jodhpur Hospital After Health Condition Worsens

After the arguments, Swamy said that he has done his best and hoped that the order would be in Asaram’s favour. “I have done my best to prove that he (Asaram) has been implicated and has been kept in prison on the basis of circumstantial evidence,” he said. Swamy, who earlier in the day got an application signed by Asaram allowing him to argue his case, said that if the bail was not granted, he would move higher court. “I would ensure his bail because he deserves it,” he said. Also Read - Subramanian Swamy: PM Modi Should Make Nitin Gadkari in Charge Of War Against Covid

Prosecution counsel P C Solanki, objecting to the bail, pleaded the court to look into the circumstances under which the crime has been committed. After hearing the arguments, Additional District and Sessions judge Manoj Kumar Vyas reserved the matter for Saturday. Later talking to reporters, the senior BJP leader said, “He (Asaram) has paid for his efforts to promote religion and service to the mankind by the powers with vested interest of anti-religion agenda.”

Swamy had met Asaram in jail on 23 April and assured him of pleading for his bail. But the senior BJP leader had failed to appear before the court on four earlier occasions. The 73-year-old self-styled godman is currently lodged in jail after being arrested in September 2013 for allegedly sexually assaulting a minor girl in one of his ashrams.