A JCO has been martyred and six others, including women and children, were injured as suspected Jaish-e-Mohammad (JeM) terrorists attacked Sunjuwan Army camp on Saturday, a statement released by the Indian Army claimed.

Srinagar, Feb 10: A JCO has been martyred and six others, including women and children, were injured as suspected Jaish-e-Mohammad (JeM) terrorists attacked Sunjuwan Army camp on Saturday, a statement released by the Indian Army claimed. The terrorists breached the rear side of the Sunjuwan Army camp near Chenni in the outskirts of the city. Three to four terrorists are believed to be holed up inside family quarters at the camp. The area has been cordoned off by the security forces and the operation is underway.Also Read - 47-Day Summer Break Announced For Schools in Summer Zone of Jammu Division

“In the early hours today after a brief exchange of fire with the sentry on the periphery, some terrorists entered the family accommodation complex in Sunjuwan military camp. The Quick Response Teams have cordoned off the area and isolated the terrorists, who are holed up in a few houses,” the statement read. (Updates on Sunjuwan Camp Attack) Also Read - Jammu & Kashmir Tunnel Collapse: Four Bodies Recovered From Site, 6 Still Missing

“In operations to evacuate families, so far one JCO has been martyred while six persons including three women and children have suffered injuries. Due to the presence of women and children in housing colony, the operations are being progressed cautiously to minimize casualties,” it added. Also Read - Video: Portion of Mountain Caves In Day After Jammu And Kashmir Tunnel Collapse, Halts Rescue Ops 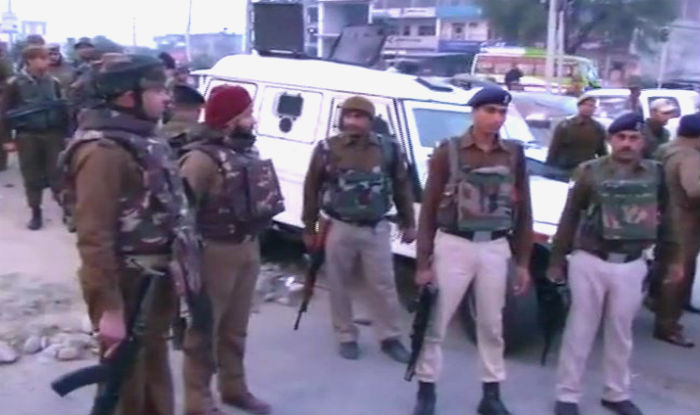 Earlier in the day, Parliamentary Affairs Minister Abdul Rehman Veeri had informed the Jammu and Kashmir Assembly that the deceased Army men have been identified as Subedar Maganlal and Subedar Mohammed Ashraf. Those injured in the attack are: Colonel Rohit Solanki, Havaldar Abdul Hamid and Lance Naik Bahadur Singh and Neha, daughter of Subedar Madan Lal Chaudhary, a PTI report said.

To carry out the rescue operations, the Indian Air Force (IAF) para commandos were airlifted to Jammu from Udhampur and Sarsawa in the morning. Fresh gunshots were heard inside the Sunjuwan Army camp during search and combing operation launched by the security forces after the attack.

In the wake of the terrorist attack in Sunjuwan, the district administration has asked schools within 500 meters of the Army camp to remain closed until further orders.

The Legislative Assembly Speaker of Jammu and Kashmir Assembly on Saturday said ,”I live in that constituency, complaints have come from there & in a way govt also accepts that number of Rohingyas & Bangladeshis is increasing & that they are a security threat.” Adding further, he said, “I watched a live video, one can see Army area from rooftops there(where Rohingyas & Bangladeshis live), there is drug mafia running in those areas.For money some people have given them space to stay. Govt must take note of this.”

Condeming the Sunjuwan Army Camp terror attack, Jammu and Kashmir Chief Minister Mehbooba Mufti tweeted, “Deeply disturbed by the terrorist attack in Sunjwan today. My heart goes out to the injured & their families.”

Deeply disturbed by the terrorist attack in #Sunjwan today. My heart goes out to the injured & their families.

News from Jammu & the encounter in #Sunjwan is extremely disturbing. Hoping for an end to the encounter without any loss of life among the security forces & their families.

Former Jammu and Kashmir chief minister and National Conference president Farooq Abdullah on Saturday warned Pakistan. He said: “No day passes by without such incidents & terrorists are all coming from Pakistan. If Pakistan wants good relations with India they need to stop terrorism or it will have bad consequences. Sadly, I have to say if it continues India won’t stop itself from waging war.”

Earlier in the day, Home Minister Rajnath Singh spoke to the chief of the Jammu and Kashmir Police and took stock of the situation arising out of the terror attack on an Army camp in Jammu. During the telephonic conversation, the home minister sought details from Director General of Police SP Vaid on the terrorist attack on the Army camp in Jammu. Speaking to the media later in the day, he said,”I don’t feel it is fit to comment on it since the operation is still underway. But be assured that our forces & jawans are doing their duty.”

Sunjuwan Army Camp, strategically located on Srinagar-Jammu-Pathankot highway, is surrounded by dense population. It has hundred of quarters for the families of the armymen.

Intelligence inputs had warned an attack on the army or security establishment in view of the fifth death anniversary of Afsal Guru on February 9.