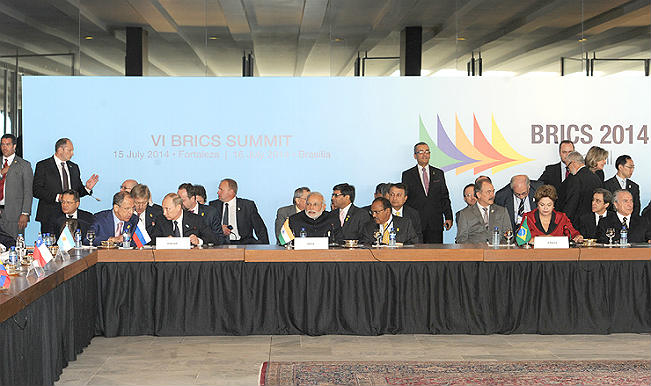 New Delhi, Nov 9: The recently created BRICS bank is a welcome development in having multiple funding options for the much-needed investment for the infrastructure sector, Suresh Prabhu, Prime Minister’s Narendra Modi’s key interlocutor for G20 said Sunday. There are multiple agencies, multiple entry points to make infrastructure investment happen. I don’t see why there should be any problem with multiple players, Prabhu said referring the BRICS bank at the India Global Forum hosted by the International Institute for Strategic Studies. Also Read - PM Modi Invited to US 'Summit for Democracy', Likely to Participate: Sources

Pointing out that many countries have been complaining of economic imbalances in view of the massive reserves, especially the emerging economies, have built up and are waiting to invest this money in infrastructure. In the BRICS countries, especially China with $4 trillion in savings, there are large reserves of financial resources. The BRICS bank was formed with the idea of addressing this among other issues, Prabhu said.

The BRICS development bank and the Contingent Reserve Arrangement are seen as a counterweight to the West-dominated financial organisations, the World Bank and the International Monetary Fund. The bloc accounts for over 40 percent of the global population and has a combined gross domestic product (GDP) of $24 trillion.

The bank was approved by BRICS leaders at their July summit held in the Brazilian city of Fortaleza, where Brazil took over the rotating chair of the group.