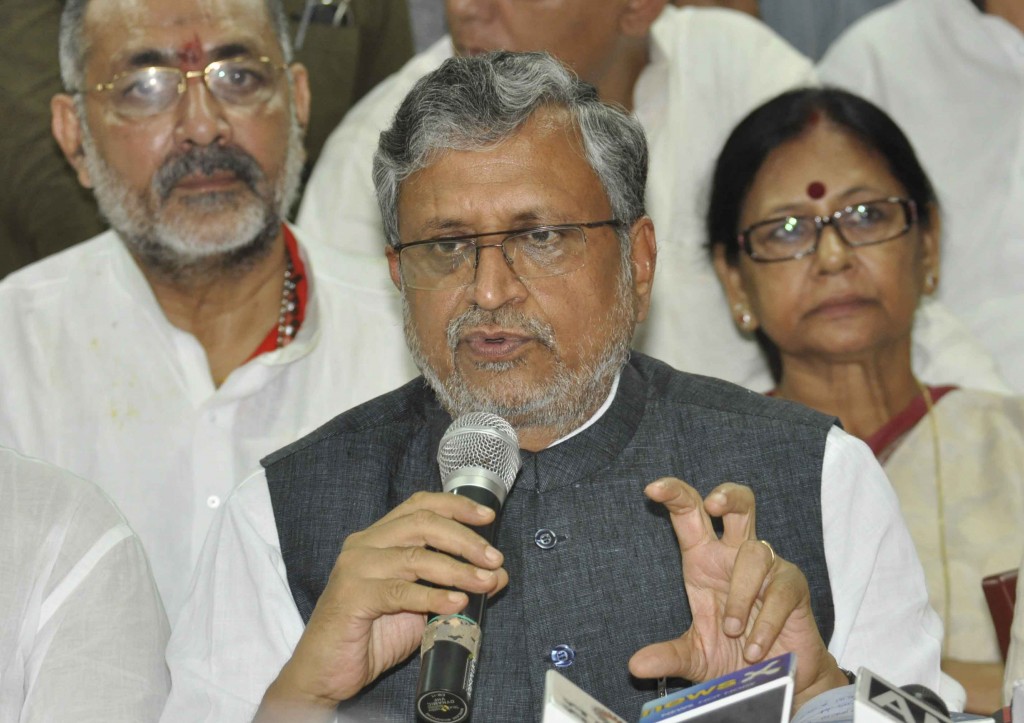 Patna, Sep 23: Describing Bihar Chief Minister Jitan Ram Manjhi‘s visit to London to attract investment from entrepreneurs as “useless”, senior BJP leader and former Deputy Chief Minister Sushil Kumar Modi today said the visit would not bring any investment to the state. “Manjhi’s visit to London is of no use. It will not bring any investment into the state. He should have gone to Mumbai and Bangalore instead to attract investors to Bihar,” Modi told reporters here. Also Read - Bihar Assembly Election 2020 Full Schedule: Polling to Take Place in 3 Phases From October 28, Results on November 10

Manjhi is on a four-day visit to London on the invitation of International Growth Centre. Criticising the Chief Minister for taking a big team of bureaucrats including Chief Secretary Anjani Kumar Singh with him, Sushil Modi questioned the need for such a trip. “It seems as if the entire state government has shifted to London. Manjhi has taken along the Chief Secretary as well, who is considered as the head of the bureaucracy. Principal Secretaries of various departments and several other officials are also there,” he said. Also Read - Will Enter Politics Only if People of My Home District Want it, Says Bihar EX-DGP Gupteshwar Pandey

Sushil Modi, who is also the Leader of Opposition in the Bihar Legislative Council, wondered what would happen if there was any emergency in the state requiring immediate intervention of the government. “Who will take care of it? While taking such a big team, Manjhi should have thought whether he was going to London to deliver a lecture or to bring investment or just to roam around. But by doing this he has left the state without government,” he said.