External Affairs Minister Sushma Swaraj Friday inaugurated the revived Nalanda University, renowned as a centre for learning till it was burnt down 800 years ago by an invading Turkish army 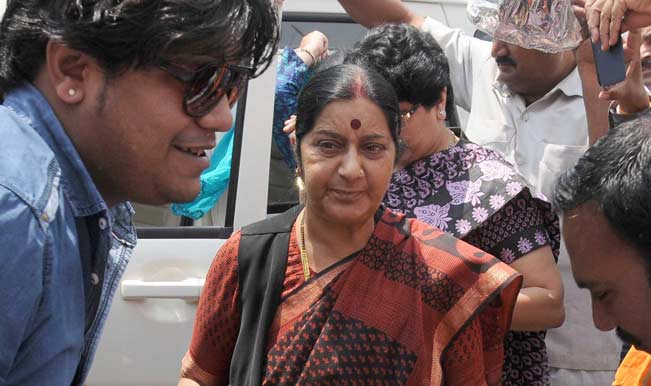 Patna, Sep 19: External Affairs Minister Sushma Swaraj Friday inaugurated the revived Nalanda University, renowned as a centre for learning till it was burnt down 800 years ago by an invading Turkish army. Swaraj said it was a matter of pride for her to inaugurate the academic session of the university after a gap of over 800 years. Also Read - Not Justice For Sushant Singh Rajput, It's Justice For Gupteshwar Pandey: Rhea Chakraborty's Lawyer Reacts to Bihar DGP Taking VRS

“I am really upbeat that I got this opportunity…,” she said at an event held in the Buddhist pilgrim town of Rajgir in Nalanda district, about 100 km from here. The university will be built in Rajgir, 12 km from where the ancient Nalanda University stood till the 12th century. Bihar Chief Minister Jitan Ram Manjhi also accompanied her. Senior Bharatiya Janata Party (BJP) leader and former deputy chief minister Sushil Kumar Modi was also present. Also Read - Bihar DGP Gupteshwar Pandey Known For 'Aukaat' Remark Takes Voluntary Retirement, Likely to Contest Upcoming Assembly Elections

Classes at the varsity started Sep 1 with 15 students and half-a-dozen faculty members. The fully-residential university, to be completed by 2020, will have seven schools, all for post-graduate and doctoral students, offering courses in science, philosophy, spirituality and social sciences.