The fracas over the rightful claimants of Taj Mahal seems to be the latest high point in Uttar Pradesh. 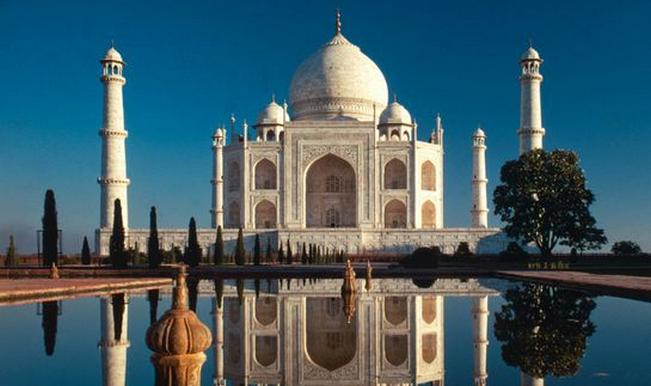 Uttar Pradesh seems to be the latest venue for the theatre of the absurd. Police sent to trace missing cattle of a minister, incidents of violence against women being dismissed as routine affairs and the controversy of Love Jihad. However, the fracas over the rightful claimants of Taj Mahal seems to be the latest high point. Also Read - Fact Check: Heritage Sites Including Taj Mahal to be Given on Lease by Govt? Here's The Truth Behind Viral Claim

Wait, the absurdity doesn’t end here. Shia cleric Kalbe Jawwad, supporting the claim by Imam-e-Raza committee said, “Taj Mahal houses two graves, one of a Sunni — Mughal emperor Shah Jahan — and one of a Shia — Mumtaz — so that way, at least half of it should be handed over to the Shia Waqf Board.”

Khan’s claim has been contested by, believe it or not, Uttar Pradesh BJP president Laxmi Kant Bajpai. The saffron party leader dismissing Khan’s claim, said, “We all know that the land on which Taj is standing belongs to 17th century king Jai Singh”.

Even more absurd is the reasoning behind Azam Khan’s demand for Taj Mahal being brought under the UP Waqf Board. Accusing the Centre of “usurping” all the revenue generated from the tourists visiting the Agra monument, Khan stated that the proceeds “was sufficient to run two universities” in the state.

Taj Mahal is looked after by the Archaeological Survey of India (ASI).