The IAF has raised questions over several limitations that the Tejas has. The fighter jet's limited range and weapon carrying capacity are on top of concerns that the force has pointed out.

New Delhi, Nov 13: According to reports, the armed forces are not in favour of proposed versions of indigenous advanced versions of Tejas, light combat jet, and main battle tank Arjun. The Indian Air Force is yet to give final operation clearance to Tejas, which has been in the development mode since almost 30 years. Also Read - Tejas Mark 1A-Lethal Punch for Enemy And A Symbol of Indian Technology

In July, the IAF inducted the first squadron of home-grown Tejas with two fighter planes joining the force. The squadron named – Flying Daggers 45 – is expected to have its full strength by 2018-2020. However, the IAF is not eager to expand its Tejas unit. Also Read - India Clears Tejas Jet Deal Worth Rs 48K Crore, PM Says Step to Strengthen Movement for 'Aatmanirbhar Bharat'

The IAF has raised questions over several limitations that the Tejas has. The fighter jet’s limited range and weapon carrying capacity are on top of concerns that the force has pointed out. Also Read - India To Buy 83 Tejas Light Combat Aircraft For Rs 48,000 Crore, Rajnath Calls It Backbone of IAF fighter Fleet

Despite the limitations, the single-engine supersonic jet is far more capable than JF-17 Thunder, the combat jet developed jointly by Pakistan and China. As far as technical specifications are concerned Tejas is way ahead of JF-17 Thunder. 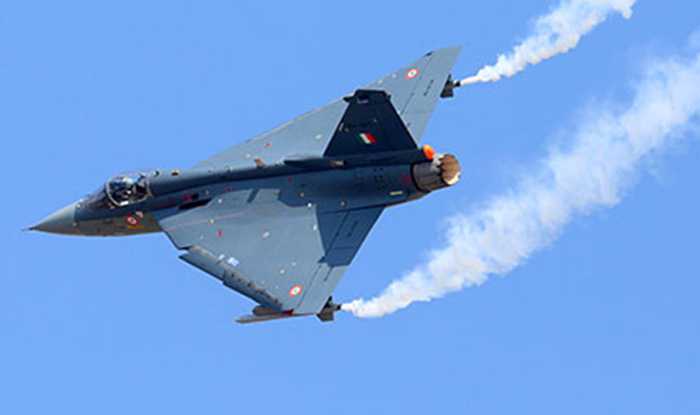 1. The developers at at Hindustan Aeronautics Limited (HAL) used IAF’s trusted Mirage 2000 as benchmark while developing Tejas. The IAF wants to replace its ageing fleet of MiG-21s and Tejas was considered to fill in the gap.

2. The fly-by-wire technology in Tejas makes it easier for the pilot to manoeuvre the jet while in war mode. The fighter jet can also carry air-to-air, air-to-surface and laser-guided missiles.

3. The HAL has fitted Tejas with advanced Israeli radars which is considered to be one of the best in the world. The early warning radar system, which works to alert the pilot of any incoming threat – enemy aircraft or anti-aircraft missile – is developed indigenously.

4. What makes Tejas an agile bird in the air is its frame. Developers have used carbon fibre in its fuselage which reduces the weight of Tejas. It also helps the fighter jet to absorb enemy radar waves thus adding to its stealth capabilities.

6. While JF-17 needs to touchdown every time it needs to refuel, Tejas has the mid-air refuelling facility.

7. Apart from the mid-air refuelling capability, Tejas has bigger fuel tank that JF-17 which means it can operate for a longer period. The capacity of internal fuel tank of Tejas is 2458 kg. In JF-17, it is 2268 kg.

8. Tejas needs a runway of as short as 460 metres. On the other hand, the JF-17 requires a minimum 600-metre-long tarmac to take flight.

10. The glass cockpit of Tejas enables the pilot to read even the minutest of details. The real-time information displayed right in front of his eyes is of great help.

The idea for an indigenous fighter aircraft was conceptualised in the 1970s, but actual work on the aircraft project started only in the 1980s.