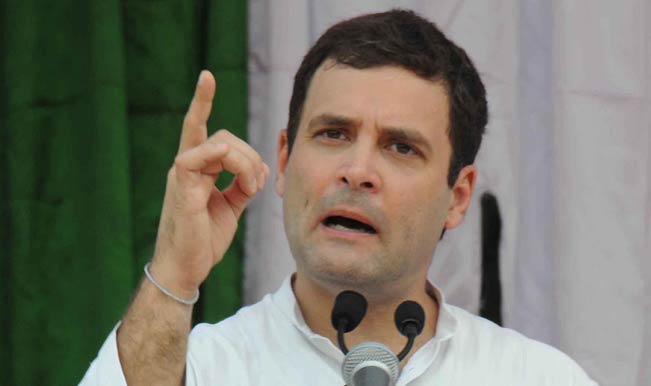 Congress vice president Rahul Gandhi addressed the Jawaharlal Nehru Conference and urged to make India just like Nehru dreamt. A two-day international conference was organized by Congress to commemorate the first Prime Minister Jawaharlal Nehru’s 125th anniversary. Rahul Gandhi said, “I wish we could see Nehru’s India.’ Talking about Nehru’s idea of India, Rahul Gandhi said that Nehru dreamt of India where millions of people live together with peace and harmony and he believed in country’s democratic and secular structure. (Read: Does Rahul Gandhi know his job in Congress?) Also Read - 'Unlike UP...': Rahul Gandhi Hits Out At BJP Over 'Gandhis Don't Care' Comment

The battle of Nehru legacy between Congress and Bharatiya Janata Party continued at the event. The Congress vice president accused that people are trying to remove his ideas. “Some are trying to rub Nehru’s name from the history and to hijack his legacy, but his ideas are still present in India,” Rahul Gandhi said. Also Read - Hoshiarpur Rape: Gandhis Can't See Atrocities Against Women in States Where Congress is in Power, Says BJP

On the first day of the conference, Congress president Sonia Gandhi evoked Nehru’s ideology of the secularism and democracy. “Secularism was and remains more than an ideal, it is a compelling necessity for our country,” Sonia Gandhi said.  She also quoted Nehru and went on to say that he had promised to fight for it ‘to the last breath.’

Leaders from the Left, TMC and a few other non-NDA parties were also present at the conference.