From being virtually invincible to being rendered an also ran, the year 2014 has been a tale of the withering away of the Communist-led Left Front (LF) in its once impregnable West Bengal bastion 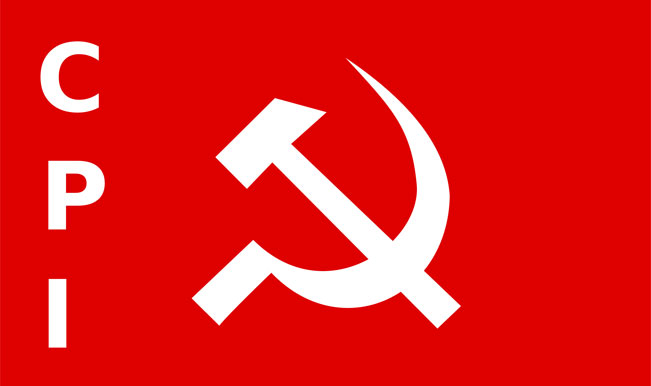 Kolkata, Sep 19: From being virtually invincible to being rendered an also ran, the year 2014 has been a tale of the withering away of the Communist-led Left Front (LF) in its once impregnable West Bengal bastion. Already facing serious questions about its existence after the Lok Sabha polls, where it won just two of the state’s 42 seats, the LF-spearhead Communist Party of India-Marxist saw both its candidates forfeit their security deposits in the latest by-polls in the assembly constituencies of Basirhat South in North 24 Parganas district and Chowringhee in the city centre, one rural and the other urban constituency. Also Read - NIA Arrests: 'West Bengal Has Become Home to Illegal Bomb-making,' Governor Takes Swipe at Police

Describing the forfeiture as the proverbial last nail in the coffin, political analyst Biswanath Chakrabarty opined the Left’s days are numbered. “Since 1977, this is for the first time that two CPI-M candidates have simultaneously lost their deposits. The slide for the Left Front which started in 2009 is now complete in 2014. Its vote share has been on a continuous downslide from an impressive 43.28 percent it won five years ago in the Lok Sabha polls even when it had managed to win just 15 seats,” Chakraborty told IANS.

The last LF candidate to forfeit his deposit was CPI-M backed independent Minati Gomes during the 2009 bypoll to the Bowbazar assembly seat.

The Left Front had stormed to power in 1977 and ruled till 2011, first under the iconic Jyoti Basu, who stepped down in 2000, and then under Budhadeb Dasgupta. Its best performance was in 1987, when it bagged 251 seats in the 294-member assembly. Its worst performance was in 2011 when could win a mere 62 seats as the Trinamool Congress swept it away. Its present strength in the assembly is 58, losing four seats in by-polls necessitated by deaths and defections.

At the Lok Sabha level, its best performance was in 1980, when it won 38 seats. Its worst performance was in 2014 with just two seats. Time was when the Left Front was simultaneously in power in West Bengal, Kerala and Tripura. While it has a firm grip over Tripura, the five-year electoral cycle sees it alternating with a Congress-led alliance in Kerala.

Another political analyst, Udayan Bandyopadhaya, said the Left in West Bengal was on its “death bed” and it was near impossible for it to make a comeback. “Unlike the Lok Sabha polls, the by-polls have been peaceful. So the Left cannot hide behind the excuse of the elections being not fair,” Bandyopadhay told IANS.

While the defeat in Chowringhee was not surprising for it has long been a Congress and then a Trinamool stronghold, the Left’s loss in Basirhat South, which it had managed to retain even in 2011 despite the coalition’s rout in the assembly polls, has made the clamour for leadership change louder. Basirhat, which was bifurcated in 2011 to Basirhat South and Basirhat North assembly seats, had been a CPI-M bastion by electing Narayan Mukherjee since 1977. The bypoll was necessitated by his death earlier in the year.

Pointing to the Marxists’ organisational deficiency and failure to connect with the masses, former Lok Sabha speaker and expelled CPI-M leader Somnath Chatterjee said signs were ominous and it called for immediate change in party leadership. “It’s a sad state of affairs… The signs are ominous… it’s high time there is a change in the leadership. Let the young men and women take over and steer the party (CPI-M),” Chatterjee told IANS.

Talking in a similar vein, Udayan Guha of the Left constituent Forward Bloc, called for the party’s “new faces and young legs to take up the mantle”. With Trinamool describing the Left as “irrelevant” and the BJP asserting it was the chief opposition party in the state, Dinhata legislator Guha said “drastic steps were inevitable to prevent the rivals’ assertions from coming true”.

But former state minister and LF partner Revolutionary Socialist Party leader Kshiti Goswami didn’t believe a change in leadership will transform the Front’s fortunes. “Undoubtedly, we have been cornered, but hoping that things will change by merely changing the leadership is foolishness. Such things happen only in right wing parties. Ideologically we are conventional in our approach and don’t believe in knee-jerk reactions,” Goswami told IANS.

CPI-M general secretary Prakash Karat said the party would be looking into the reasons for the “erosion” in its vote bank. “We will be looking into the reasons why we have not been able to arrest the erosion in our support,” Karat told IANS over the phone. Asked about Chatterjee’s demand for a change of leadership, Karat said: “He is not in the party. Anybody can advise us. But it is for us to decide”.