It hosted an estimated 100 university students for two days of panels, lectures, discussions, and workshops.

This Valentine’s Day weekend might have been the coldest day in New York City, but that did not stop impassioned students who braved the subzero temperatures to discuss hot topics within the South Asian community.Also Read - UN Headquarters in New York City Cordoned Off as Armed Man Spotted Outside: Report

“The purpose of this conference is to bring together students from the consortium of universities to think critically about these issues to develop a stronger fellowship within the South Asian collegiate community,” Kaavya Mahajan, the co-founder of the event, announced to the crowd in her opening ceremony speech. Also Read - Federal Judge Delays Vaccine Mandate For New York City School Teachers

At first, as a Canadian visiting New York City who has long since graduated from university, I felt out of place. However, I soon realized that I was not only deeply connected to the people in that room, but I also shared the challenges they faced.

The opening ceremonies set the tone for the weekend, one of unity and social activism, starting with a keynote address from University of California Berkley Law professor Sonia Katyal. She began her speech by commending the idea of the conference, saying that she wished that such an event existed when she was in school—I couldn’t agree more. 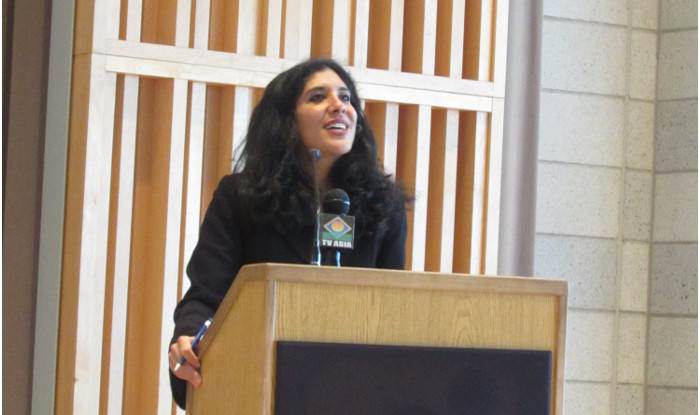 The social activist shared stories of how when her father came to America—he wasn’t sure if he should drink from the “colored” or “whites only” water fountain. When her family later moved to the suburbs, someone burned a cross on their lawn.

“Each one of us has a particular reason for being here today,” she said to the crowd. “I want each of you to return to that source of inspiration because you’re undoubtedly going to need it throughout your career.”

Youth poet laureate Ramya Ramana is the embodiment of that message, using the oppression and racism that she witnesses as inspiration for her powerful poetry. She took the stage after Katyal and performed “Miss America”—her rousing slam poem inspired by the racist response to 2014 Miss America winner Nina Davuluri. 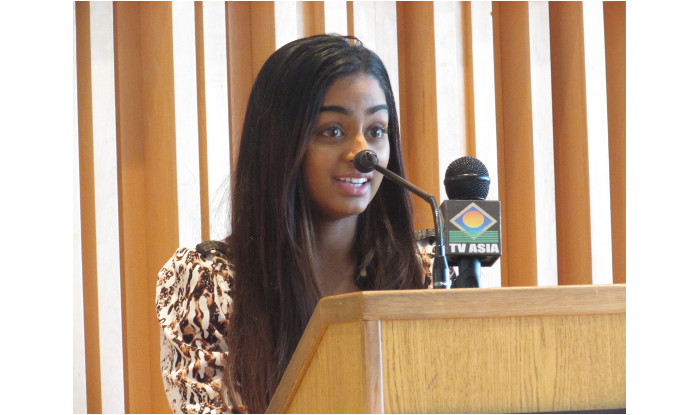 With Katyal and Ramana having touched on major South Asian issues, Emmy-award winning ABC broadcast journalist Amna Nawaz added a message specifically for millennials, countering the popular adage that this generation is apathetic. 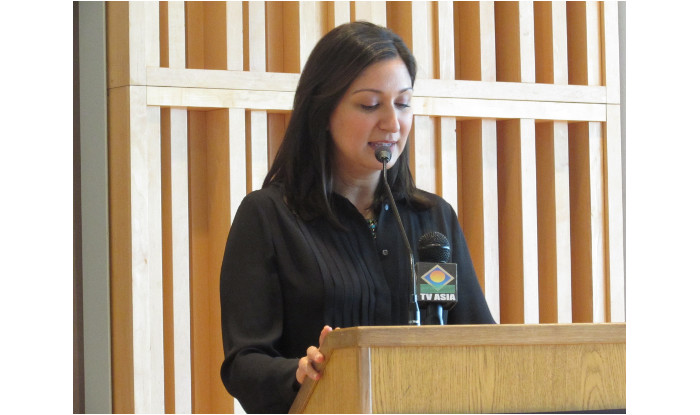 “You guys are going to be more than a hashtag,” she said. “What this country will one day be is very much up to you…and I believe in you.”

And with that, the South Asian Millenials Conference had officially begun.

Feeling inspired and ready to dig in, I headed to the first panel: Challenging the Engineer, Doctor, Lawyer Stereotype. The panel featured four Indian-Americans with “unconventional” jobs who spoke to things like the family pressure they experienced and the importance of pursuing one’s passion.

“I didn’t work this hard for you to make less money than me,” math teacher Manjula Nair remembers her mother saying. Though some members of her family still don’t understand her chosen career path, Nair says the classroom is where she belongs. “Every morning I wake up with a passion for doing what I do.”

Seeing beyond the big three job options is not only important for millennials, but important for South Asian society at large, those on the panel said.

“We have to start thinking more broadly about the impact we can have,” said Abed Moiduddin, co-founder of medical device company Novo Surgical.

Following the panel, the attendees had time to digest the discussion over lunch before heading into afternoon sessions. For me, that meant a workshop that asked: Does Bollywood Perpetuate Rape Culture?

The facilitators showed videos, including “Chikni Chameli” from Agneepath and Sunny Leone’s “Baby Doll”, and had the audience talk about what each said about masculinity and femininity.

#Bollywood is a male run industry, so can femininity exist under male agency? #SAMC2016

Terms like “toxic masculinity,” “objectification,” “the male gaze,” and “hegemonic masculinity” were common in the discussions that followed. As I listened I found my perspective on these upbeat dance numbers slowly changing. What did the term “item girls” say about how Bollywood viewed women? Why do we never hear of “item men”? How did this shape how the roles of women and men were defined for Bollywood’s audience?

The one takeaway message I was certain about as I left the conference was, being a millennial South Asian living in North America was a unique cultural group of its own—a group which I now plan to more actively participate in.

All photos are courtesy of Ishani Nath.